​It took me a very long time to finally visit Bletchley Park, home of the WWII code-breakers, so brilliantly brought back to life in the 2014 film 'The Imitation Game'. Though the film was criticised for being a somewhat inaccurate portrayal of the reality, it was highly commended for bringing the work and the plight of gay mathematician Alan Turing to the big screen and to a big world audience.

Bletchley is very close to Milton Keynes and there are plenty of trains from London (Euston) Station. Some fast services only take 40 minutes to cover the distance.

If you haven't watched the film, Bletchley Park was originally a country estate, situated in rural Buckinghamshire. In 1938 with many predicting the imminence of war, Admiral Hugh Sinclair, then head of the secret services (MI6) bought the estate with the purpose of using it in the likely event of conflict. In particular the idea was to create an undercover structure to intercept and decode enemy messages. The location was ideal for this purpose; Bletchley is mid-way between Cambridge and Oxford, where the brilliant minds needed for this task were mostly based, and also close enough to London, where the decoded messages were to be dispatched to. As the conflict became more gruesome and intense, so did the activity of the centre, whose existence and work remained secret well after the end of the war. At the end of WWII almost 10,000 people worked in the structure, many not even fully aware of the tasks that were carried on. Regardless, everyone was sworn to secret; in fact for several decades later people who worked here had been unable to reveal their work undertaken at Bletchley. Many people died having never told anyone that they had worked here, not even to their spouses.

There is plenty to see at Blecthley Park and if you want to tour it properly you may want to allow a few hours for the visit or, even better, a whole day. Your entry ticket includes a great audio & video guide that will tell you not just what is in front of you, but also many other stories, for instance I absolutely loved the interviews with people who actually worked here in those hectic days. These give you an amazing and vivid insight on what it was like to be here at the time. I also did a free guided tour, which you can book on arrival; it lasts only an hour and it only scratches the surface, so to speak, but it was conducted by a charming old gentleman with an amazing knowledge of the place, so I recommend this on top of the audio guide for a true 'personal touch'. 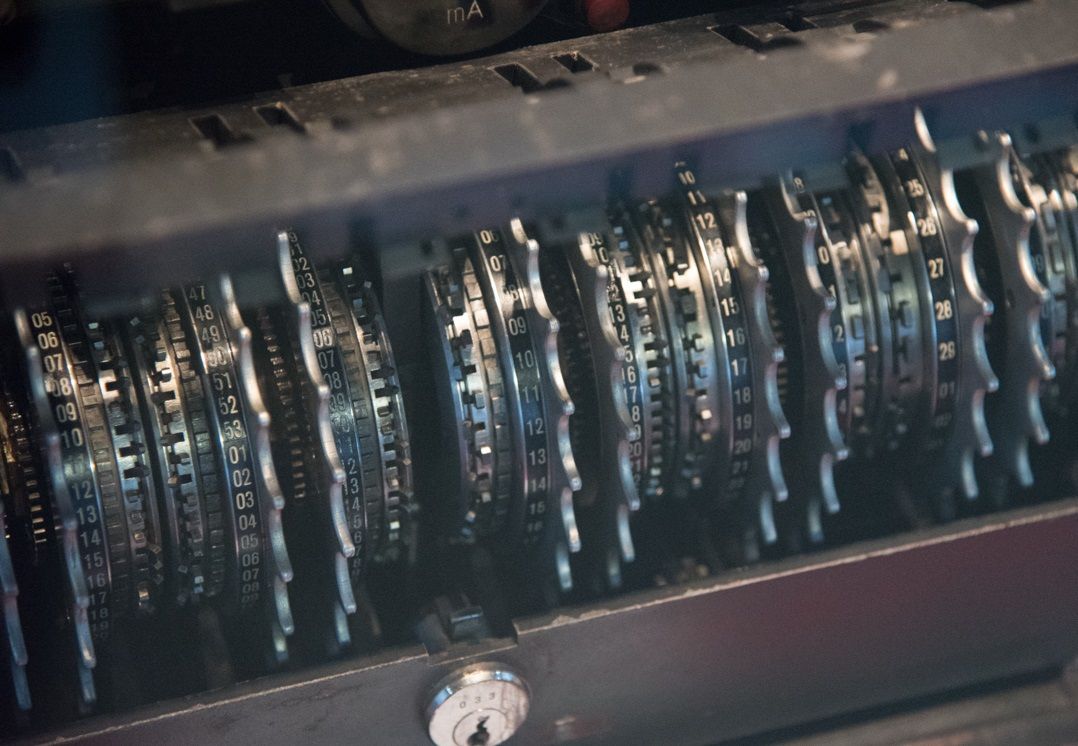 During my visit I saw plenty of these machines on display in the Museum. The Germans used a complex system of encryption, which varied depending on the army command and was changed daily at midnight; the exchange of military information was encoded and decoded via an electro-magnetic machine called Enigma. These devices allowed a massive 15,000,000,000,000,000,000 possible combinations, so it quickly become necessary to employ machines to crack the enemy coding and that's how the first approach towards modern computing actually happened. Some brilliant minds worked here to build these enormous decoding devices, all recruited in quite imaginative ways, such as solving incredibly complex puzzles and crosswords. 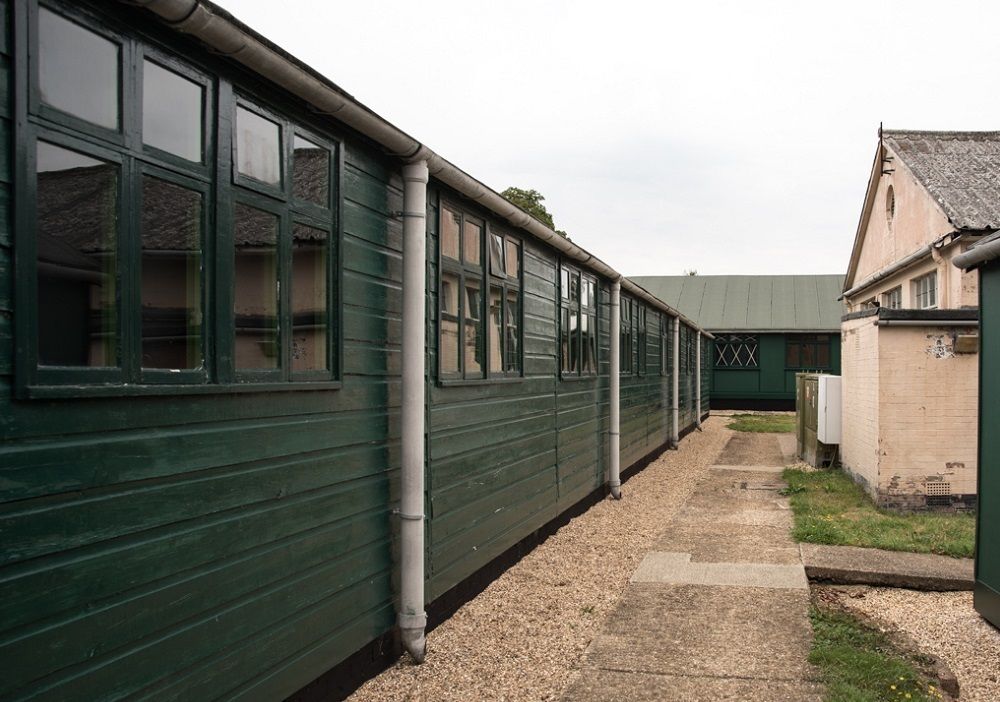 This is where the work of the code-breakers actually happened. After the war many huts were emptied and abandoned and it's only in the last few years, with the secrecy being lifted, that they have been meticulously restored to be exactly like they appeared in the 1940s. There are many of them at Bletchley and they had different functions, also following different branches of the enemy forces; the messages arrived from the various receiving stations via motorbike couriers or tele-printers (an early telex machine) and it was in these huts that the decoding and then translation of the messages was carried over. You can freely wander in the offices and imagine how they must have looked like when hundreds of people worked here, day and night. After decoding and translation in English the messages were sent to London to be interpreted and properly evaluated. 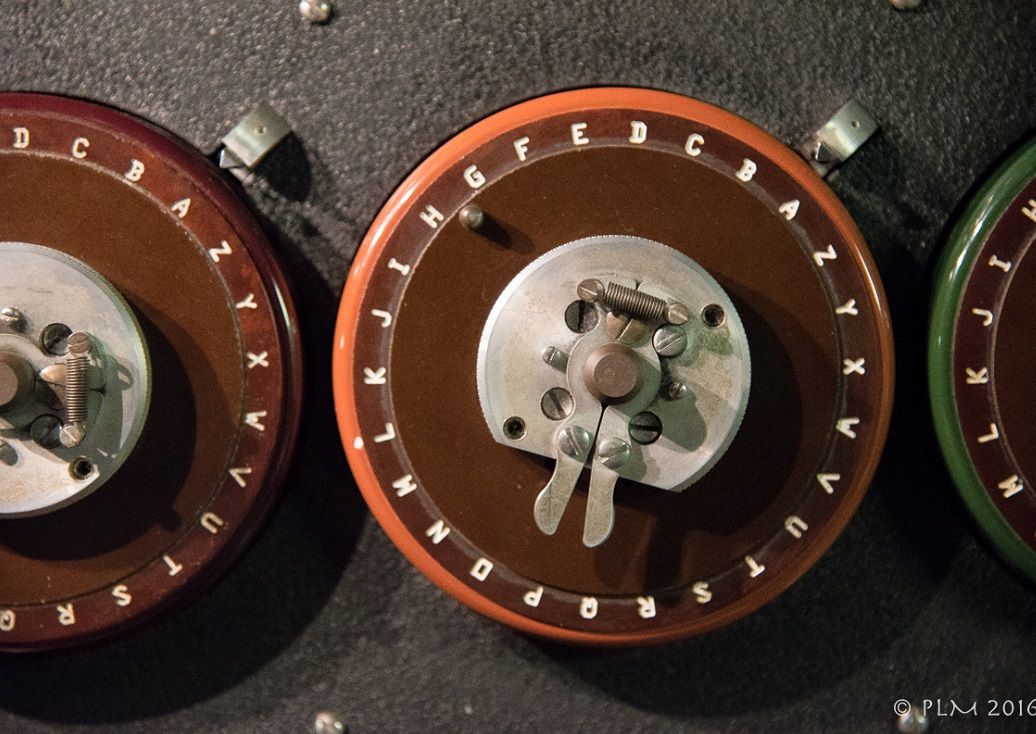 The Bombe was a decoding machine invented by Alan Turing and perfected by Gordon Welchman. It allowed Bletchley personnel to crack the Enigma code settings (unbeknown to the Germans) in record time and to therefore read the messages sent between the various commands. There were many of them in operation at Bletchley, they were noisy and smelly, however they were all destroyed after the war to preserve the secrecy and only recently a group of amateurs has rebuilt a model, which is exhibited in the museum and there are regular demonstrations to show visitors how it functioned.

However not even the Bombe was sufficient to decode messages sent via the Lorenz machines (of which there are some exhibited in the Musuem), that were used by Hitler himself and the top commands for their high-level communications. The Lorenz allowed even more encoding combinations (billions of billions) and so a series of new decoding machines were built towards the end of the conflict, called the Colussus and developed by Tommy Flowers. Unlike the Bombe, Colossus was not an electro-mechanical machine, but rather worked via thermionic valves and thyratrons to perform its operations. Colossus is thus regarded as the world's first programmable, electronic, digital computer. As for the Bombes, also all the Colossus machines were destroyed to preserve secrecy and so only modern replicas exists – visible here at Bletchley in the National Museum of Computing. 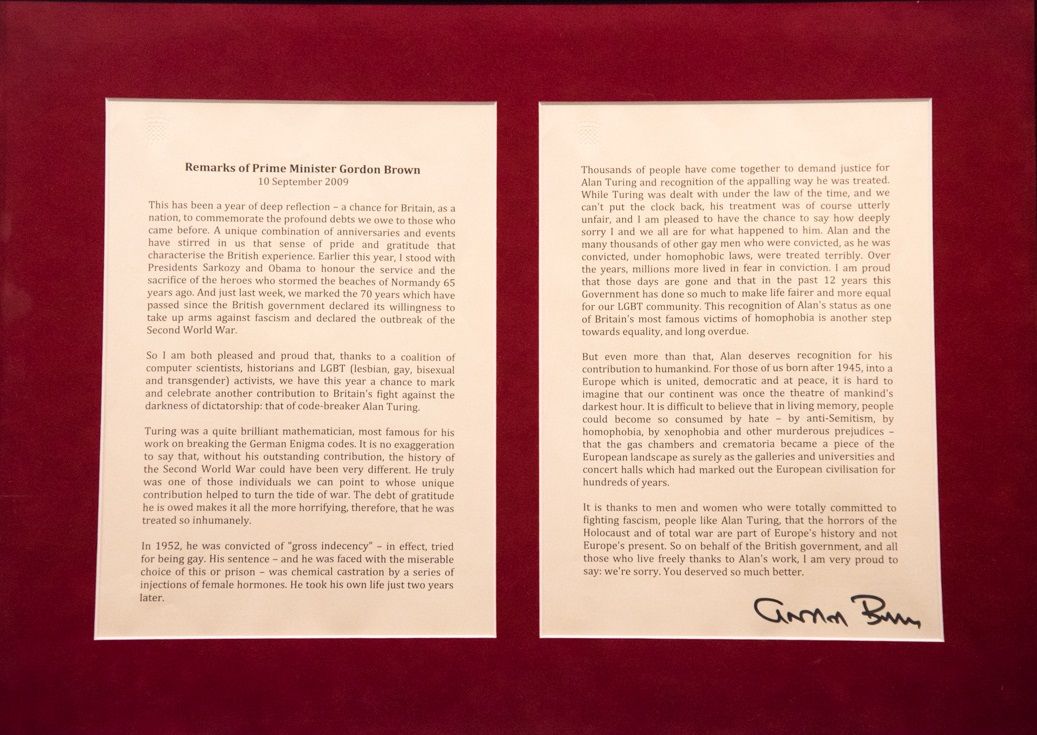 It is a bit emotional to visit Alan Turing office here in Hut 6 and imagine him at work in this very spot. I stopped by his desk and reflected on this very unlucky genius who has contributed so much to the war efforts but also to develop machines and concepts that we seem so familiar with today. In the Bletchley Park Museum there is a vivid and moving portrait of Turing, his work, you can view objects that belonged to him, such as a brown teddy bear he used to practice his public speech with. And then a poignant reminder of how this brilliant mind was convicted and humiliated because of his sexuality.

Turing's unlucky fate came to light many decades later because of his talent, but we cannot forget that 50,000 people were convicted in the UK with the same crime of 'gross indecency'. Many had their entire lives  ruined by the judicial ordeal, lost their jobs & careers, were abandoned by friends & relatives and had to endure immense moral and personal damage as a result. As I read former Prime Minister Gordon Brown's letter of apology (also exhibited in this part of the museum) I could not stop thinking of how much Turing would have been able to contribute to science and progress had it not been submitted to such an ordeal, eventually leading to his suicide, at just 41 years of age. We can talk endlessly about equality, but what's more powerful than this, the basic concept of respect for anyone and the evaluation of people on the basis of their merits, rather than their sexual preferences? 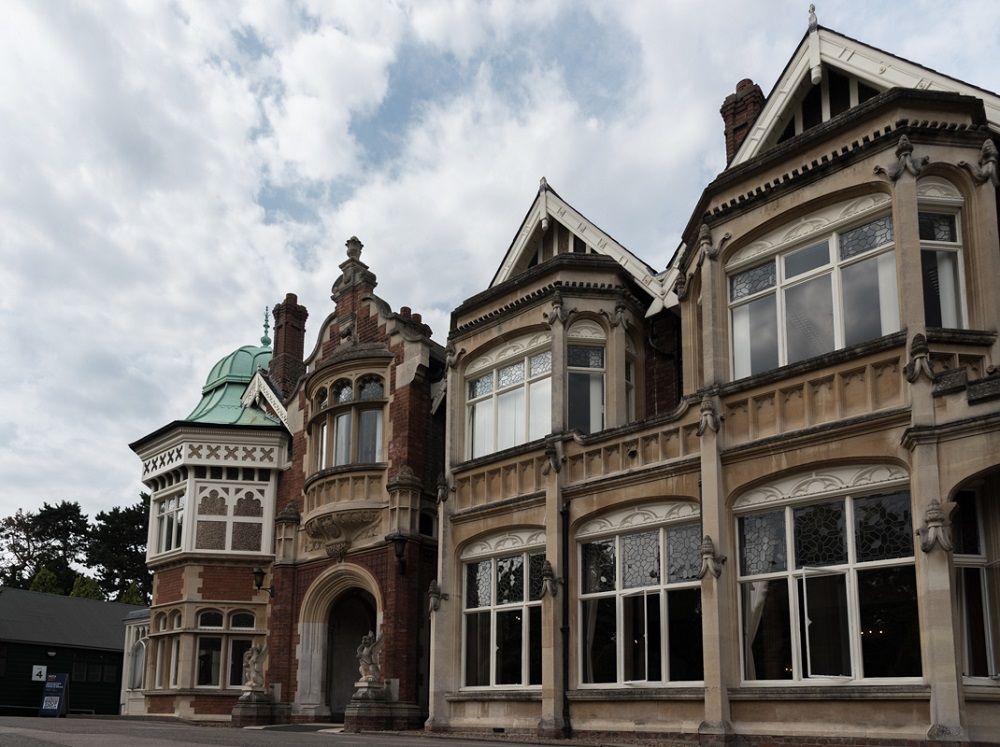 The Manor House is where the operations were originally housed (i.e. before the huts were built to accommodate more and more personnel) and today part of it houses a small tea room where you can relax and enjoy a nice high tea (otherwise for more refreshment options there is a café in the adjacent hut).

When I visited (Aug 2016) inside the Manor House was an exhibition of costumes and props from the Imitation Game movie, which was quite interesting. The exhibition includes the copy of the Bombe Machine that was used in the same film as a prop. This one does not work, though – unlike the one in the museum…

After the construction of the huts, the Manor House remained the location of the head offices, which have been reconstructed and can also be viewed. 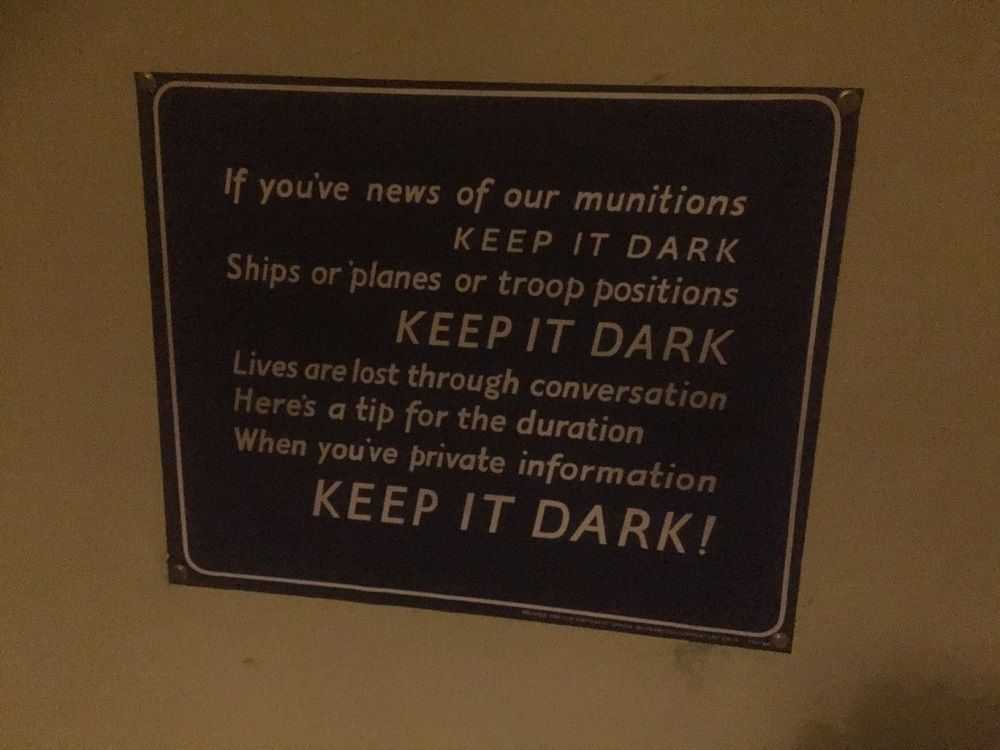 As mentioned Bletchley was a secret matter and remained so for many years after the war, preventing the appropriate recognition of the efforts of the people who worked here. It is said that their precious work shortened WWII by up to two years, preventing innumerable more victims and destruction. What is quite incredible is how this secret could be preserved; with thousands of people entering and exiting Bletchley's gates every day, boarding and alighting trains at its small station, I kept marveling at how the secret was so closely maintained. But now that we can talk about Bletchley, see its restored huts and facilities and learn about the ground-breaking technology developed here, we should spare a moment for all the people who indefatigably worked here and often took their secret into the grave without receiving any mention or gratitude. And while we often think of wars as a series of won or lost battles, soldiers and generals, ships, tanks and planes, visiting Bletchley reminds us that often conflicts are resolved by intelligence, patience and methodical efforts as much as physical force. 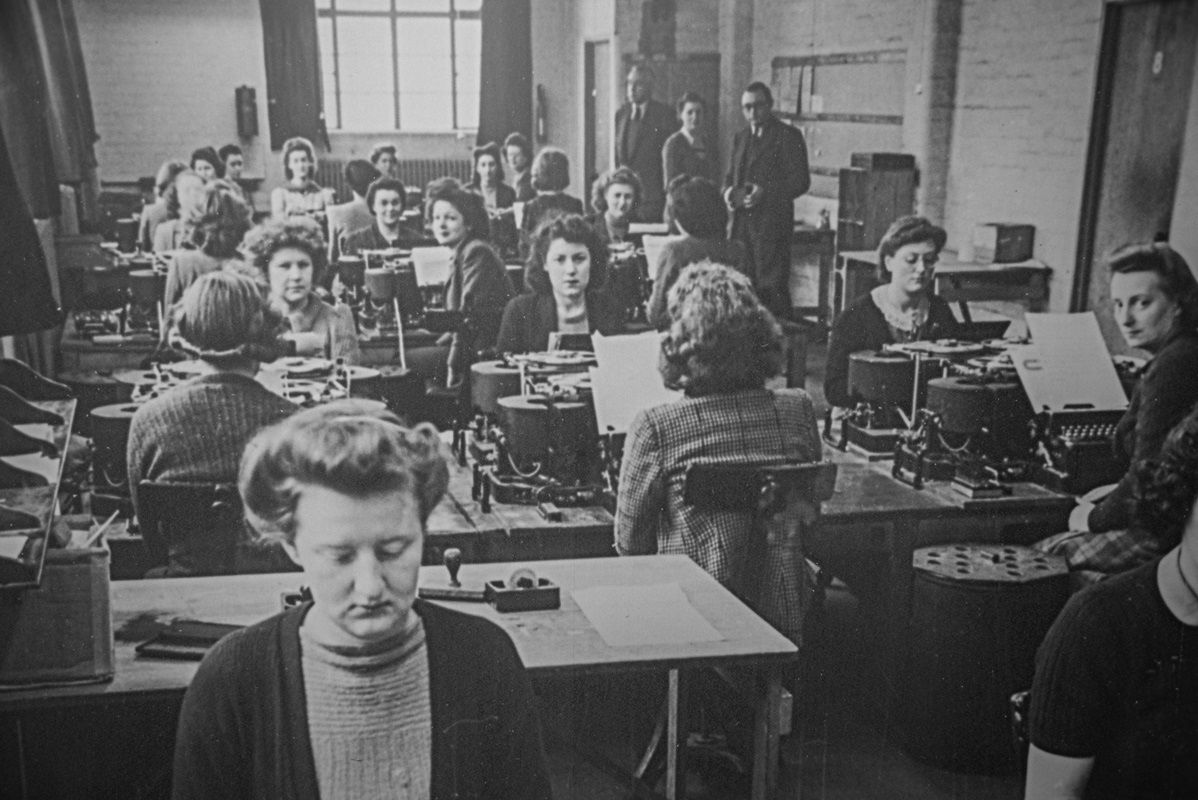 ​Bletchley was a small community of brilliant scientists, gathered for a military purpose, but who in this process set the basis for the technology we use so profusely today, including the one I am using right now to write this. It was almost the precursor of modern Silicon Valley, with brilliant minds coming together in an environment that for a short time, over those very troubled war years, privileged talent, above personal status. Quite a lesson still so important and valid today. Come to Bletchley not only to touch history with your own hands, but to find yourself in a place where you can actually feel it in its often brutal intensity. It's a place for deep reflection and inspiration, not just on war in general, but on the concept of duty and dedication. 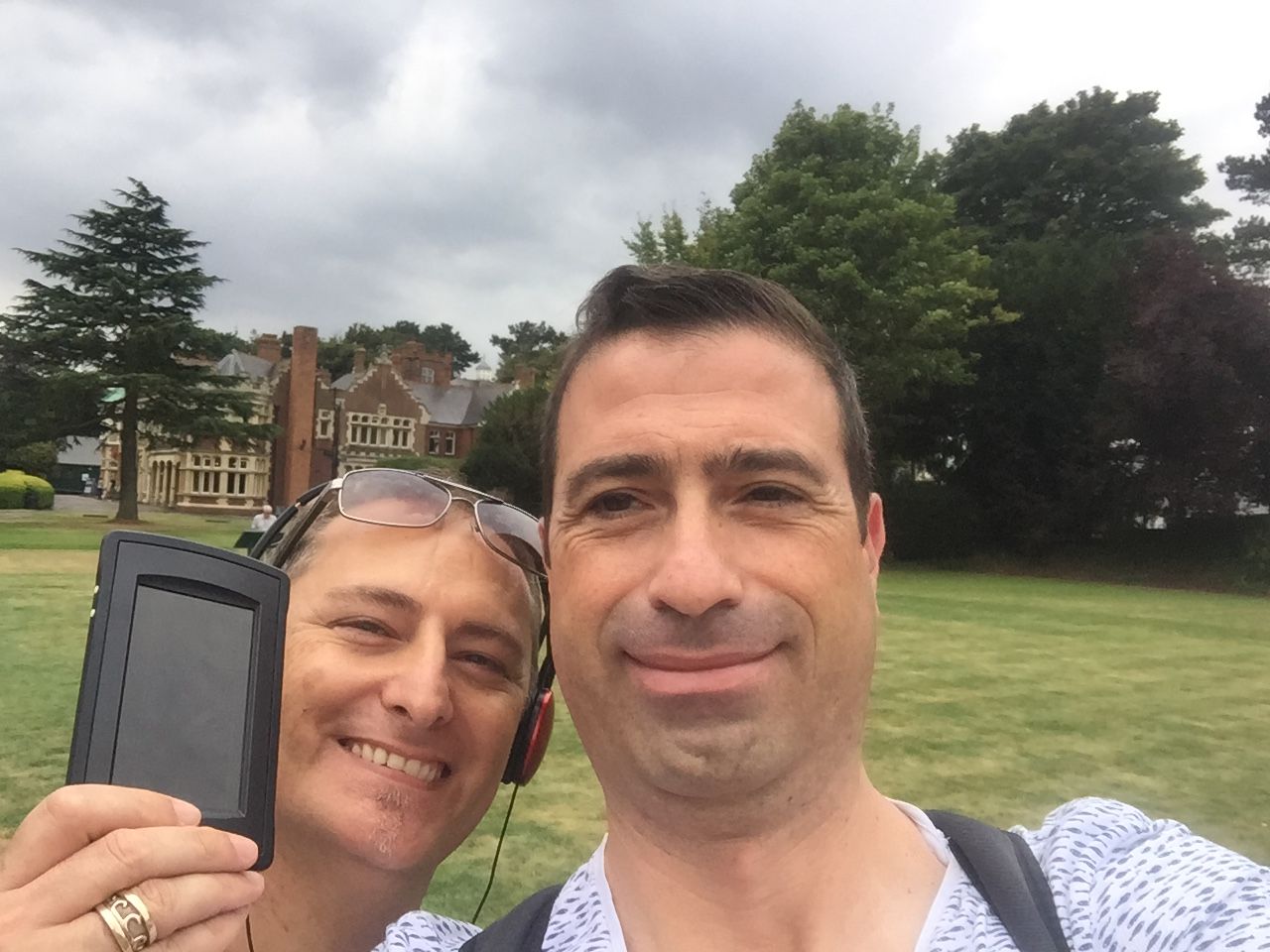 Bletchley is a village on the main rail line from London (Euston) to Milton Keynes so it is served by many trains every day. The length of the journey depends on the service, but varies between 40 minutes to just over an hour. From the rail station to Bletchley Park complex it's just a short five minute walk. For all ticket options and times check London Midland Rail.

Bletchley is open to visitors daily except on 24, 25, 26 December and 1 January. During the winter months (Nov - Feb) the complex is open from 9am to 4pm, while in the summer month (Apr - Oct) it is open to the public from 9am to 5pm. For any information, you can refer to their very informative website here.

Brighton: Gay by the Seaside