If we asked a random sample of LGBT individuals to point out an event that in their opinion represents the beginning of the struggle for liberation and equality, most of them would probably mention the Stonewall riots of 1969. In fact we celebrate most Prides around the date of the riots themselves, in the early summer.

But without taking any relevance and importance out of this key defining moment for LGBT rights, often we forget that the first real liberation movement happened in Germany – and Berlin in particular, in the late 19th and early 20th century.

Many have read or watched movies about Berlin's 'Golden Age' of the 1920s, so vividly portrayed in the film Cabaret, starring Liza Minnelli and inspired by Christopher Isherwood's novels. Like many other gay men and women from all over the world, Isherwood moved to Berlin to enjoy what at the time felt like an inebriating level of sexual freedom. It is said that in the late 1920s there were about 100 venues catering for gay & lesbian people in Berlin alone, many around Nollendorf Platz, which is still today a key LGBT area.

But why Berlin, how did it become such a beacon of tolerance? And who are the unsung and often very much forgotten heroes of this first affirmation of LGBT freedom and pride? 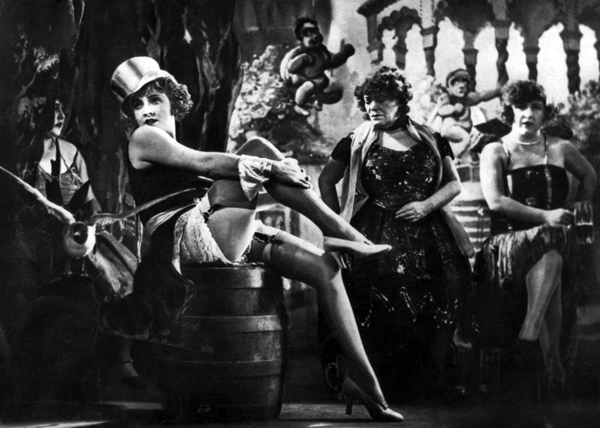 Marlene Dietrich starred in The Blue Angel in 1930 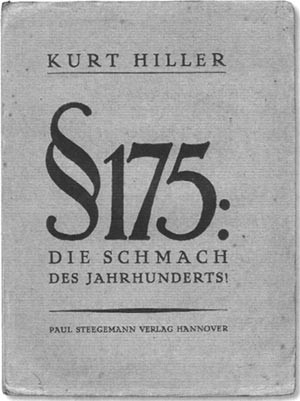 A bit of context first. Even in the days of Berlin's 1920s and early 1930s glorious hedonism, sex between men was illegal. That is because of the infamous paragraph 175 of the German Penal Code. This prescription was introduced in 1871 at the time of the German unification under Prussia. The law was made much more restrictive and punitive during Nazi Germany. After the fall of Nazism and the division between East and West, the latter retained paragraph 175 in its original Nazi-reinforced form until 1994, though some modifications were made, for instance in 1969 an 'age of consent' of 21 was introduced. It is calculated that post-WWII over 50,000 people were prosecuted in West Germany under the law. East Germany abolished the Nazi amendments in 1950, so for all its faults, it is not completely without foundation to say that until its demise, Socialist DDR was less discriminating towards its LGBT citizens than the supposedly free West. But discrimination took other forms there, often related to political dissent. 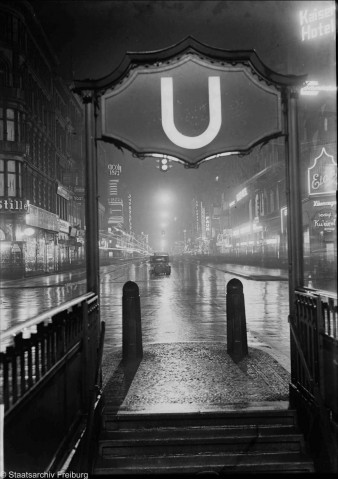 Some say that the German Romanticism movement, its idealism and ethos that heroic individuals could obtain freedom to make their own laws, in defiance of society is the reason why, of all places, the homosexual liberation movement started here. Friendships that bordered on the homoerotic are common in German Romantic literature. So, although in other countries the absence of specific legislation against gay men (for instance in France and Italy) acted as a powerful magnet versus much more repressive countries, it was in Germany that the talk of sexuality was actually entertained for the first time, despite the prohibition of homosexual practices due to paragraph 175.

For what concerns Berlin, a lot of the responsibility for the ascent of the city as a gay capital can be traced back to the 1880s when Police Commissioner Leopold von Meerscheidt-Hüllessem instituted a 'Department of Homosexuals', religiously listing all the known gay male individuals in town. This might sound very much as a J. Edgar Hoover-type action, but the commissioner's purposes were a lot less malign. Although he was not gay himself, he was of the belief that in order to keep control of the phenomenon, the best thing to do was to keep it in check, avoiding abuses, radicalization and criminal infiltrations. Von Meerscheid-Hüllessem was so respected in the resulting thriving early gay community that he was regularly invited to the many transvestite balls and revues held in Berlin.

The Commissioner's actions were well approved by his superior, who was rumored to have a penchant for young cadets and had therefore all the interest to keep the city as lively and free as possible. 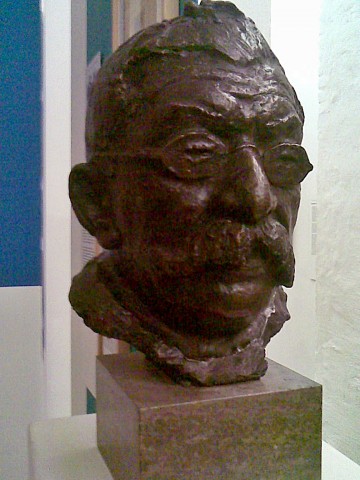 One beneficiary of the relaxed climate of the German Capital was Magnus Hirschfeld, a Jewish-German doctor who in 1897. founded the Scientific-Humanitarian Committee (Wissenschaftlich-humanitäres Komitee – WhK) and later the Institute for Sexual Sciences (Institut für Sexualwissenschaft) in 1919. The WhK's aim was the support of gay, bisexual and transgender men & women – the first ever institution with such aim and could not have been existed without the support of the Police. Hirschfeld's thought was that there was a 'third sex' between man and woman, and that this was pretty much innate, something that another great unsung LGBT hero, Karl Henrich Ulbrich, had for the first time verbalized and put forward a few years before.

Hirschfeld was not entirely without enemies in Berlin. He was very much interested in transvestitism, lesbianism and effeminate behaviours and some others thought that this was not entirely representative of homosexuality. In fact they believed that love between men was über-masculine, or the ultimate masculinity. Adolf Brand is responsible for having set up the first gay magazine ever - Der Eigene, in 1903, breaking away from the WhK. Not all aspects of this magazine were particularly salubrious: a lot of this hyper-masculinity was mixed with misogyny, antisemitism and nationalism and yet it remains a milestone for LGBT culture. 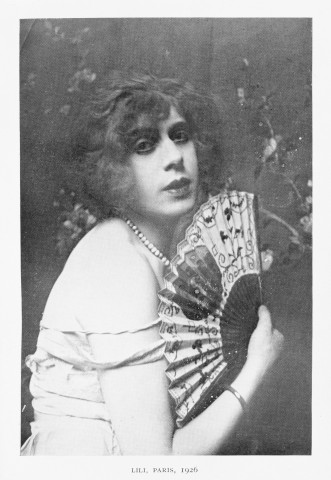 Lili Elbe - The Danish Girl. Courtesy Wellcome Images, a website operated by Wellcome Trust, a global charitable foundation based in the United Kingdom.

After the First World War, Germany became a republic. Despite being plagued by tremendous internal problems, including an enormous war debt to repay, the German Capital quickly reaffirmed its leading role as a tolerant city. With the vestiges of Imperial Germany gone, the bohemian and decadent connotation of its life increased. This is the golden era of Berlin, where pretty much anything was allowed, probably also because there were a lot of pretty more urgent problem on the agenda, including hyperinflation, which made the currency effectively worthless in 1921-1923.

Magnus Hirschfeld opened his Institute for Sexual Sciences in 1919 in a villa close to the Tiergarten and the Spree river. It was a revolutionary concept: broadening his scope he offered a clinic where he offered sex advice, birth control advice to straight couples and even collaborated on the primitive sex-change operations. Lily Elbe, the first transsexual, so vividly performed by Eddie Redmayne in the film The Danish Girl was operated by Dr. Magnus Hirschfeld himself in the Institute.

However opponents of Hirschfeld, especially Brand and Der Eigene, treated this as a freak-show. The magazine took a more and more anti-Semitic note and some of Brand's associates started flirting with Nazism. 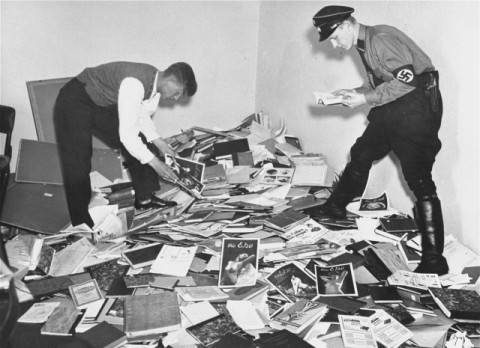 When in 1933 Adolf Hitler became Chancellor, the purge of LGBT clubs and institutions in Berlin gathered pace and organized gay group were swiftly outlawed. Some people managed to flee Germany, including Hirschfield, who was in the US on May 6th, 1933, when the Institute die Sexual Sciences was attacked by a Nazi mob, the huge library and archives hauled out and burned in the street, while Joseph Goebbels gave a speech. Also seized were the Institute's lists of names and addresses – it is said that this aided Hitler in his persecution and many of those people were rounded up and sent to the concentration or forced labour camps. 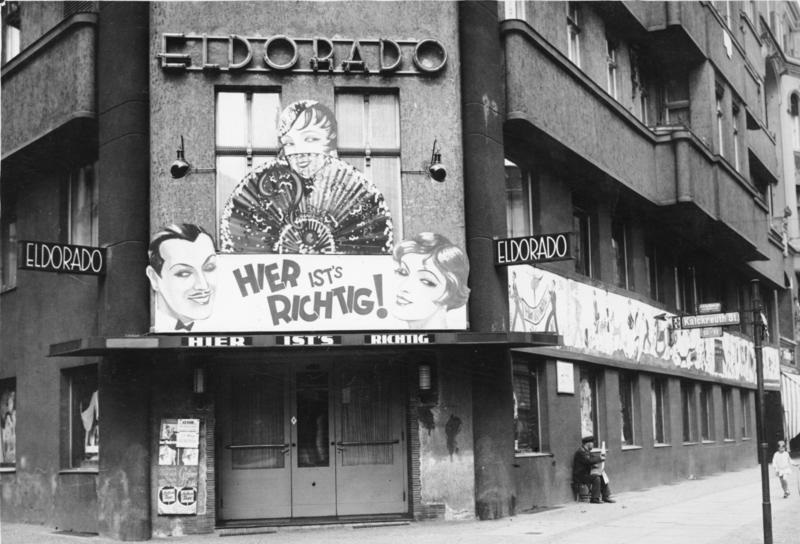 The Eldorado in its 1920s heyday 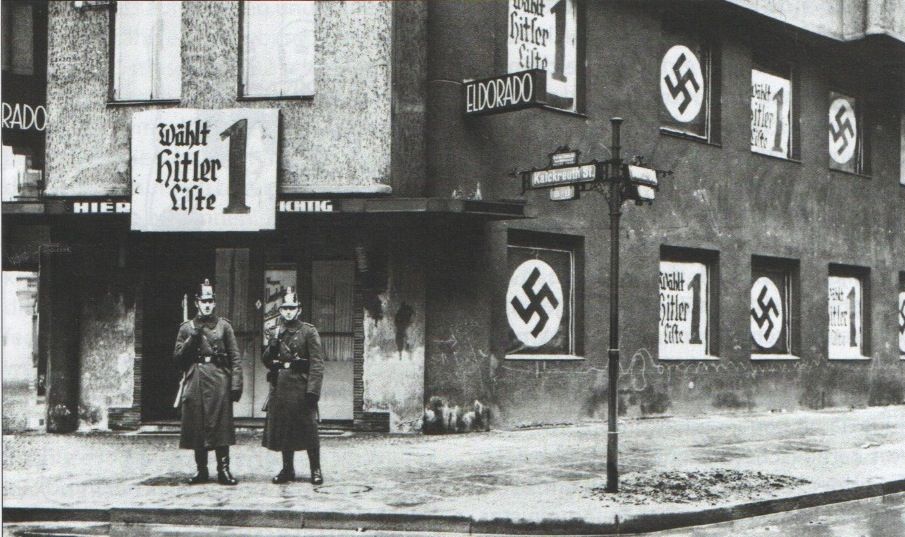 The Eldorado after the Nazi raids in 1933

Over eighty years have passed since the end of the Berlin Experiment. During WWII the city was heavily damaged by extensive bombardments and more changes were caused by the East-West division in 1963-1989. But if you are fascinated at how this city for a few decades became a shining beacon of LGBT tolerance and then dramatically turned into a terrifying nightmare, here are a few places worth seeing.

17 Nollendorf Strasse, Schöneberg
Christopher Isherwood, who so vividly depicted the Berlin of the late 1920s, lived here with Jean Ross, who acted as a model for the capricious nightclub singer Sally Bowles in his books (and the musical and film Cabaret). The building was also home to many weird and eccentric people who were translated in many characters of Isherwood's novel. His stoical landlady Meta Thurau, who was forced to take a lodger because of the post WWI economic difficulties, inspired the character of Fräu Schroeder, who Isherwood depicts as a typical Berliner of the time

Eldorado – Motzstrasse 25, Schöneberg
The legendary Eldorado nightclub stood in this location, now occupied by a supermarket (Speisekammer im Eldorado) between 1928 and 1933. Inside the shop there is a small photo-gallery showing the pace in its 1930 heydays, on two levels and with sumptuous chandeliers and art. Here transvestite performers nightly paraded on the stage and even straight people queued up in the street to enter the venue. Marlene Dietrich was a regular customer.

Schwules Museum - Lützowstraße 73. Kreuzberg – www.schwulesmuseum.de
Anyone wanting to know more about Berlin's (and Germany's) LGBT history should hear for this very well organized museum, that aims at tracing a history of the gay movement and its struggles. There are a few very interesting images and objects exhibited, a great window on the Berlin of the golden years of the 1920s, including magazines, show programmes and even the special tokens that were used by the punters of the Eldorado to tip their favourite transvestites. There are also plenty of heartbreaking images depicting the Nazi raids and of people who were arrested and deported to the concentration camps.

Site of Institute of Sexual Sciences and Plaque in the Tiergarten


The site where the ISS was located was destroyed in WWII, but it was located along the Spree, where now the Haus Der Kulturen der Welt stunning building stands. However there is a plaque dedicated to Magnus Hirschfeld in the park, just to the west of this modern architectural landmark, placed here in 1994 to remember the actual location of the Institute.

Monument to the LGBT victims of Nazi persecution – Nollendorfplatz
While a new memorial to the gay & lesbian victims of Nazism has been inaugurated in 2008 in the eastern side of the Tiergarten, there is also a monument in Nollendorfplatz, maybe more poignant because it mentions the pink triangle (rose winkel) which the Nazi used to brand LGBT people. We can just picture thousands of them bearing this infamous symbol being deported from this area, once bastion of tolerance, to the labour and concentration camps.

Stolpersteine
The Stolpertsteine project was started by artist Gunter Demnig in 1996. He placed some 48,000 small bronze plaques on pavements around Germany to remember those who were deported by the Nazi between 1933-1945. Have a look around the Schöneberg area - most of the plates here commemorate the last known residence of hundreds of Berliners deported to the concentration camps because of their sexuality. An eerie reminder.
Tweet