Girona, the Jewel of Catalunya

​Girona is often known as the gateway to the Costa Brava. During the summer months its small airport receives many scheduled and charter flights from across Europe, however the majority of the passengers flying here will never set foot in the town itself and instead proceed straight to the coast. But Girona is actually a gorgeous and picturesque town, well worth a visit in itself. Its cobbled streets steeped in history are perfect for a weekend away and the old buildings perched over the River Onyar will make you feel like you're in Florence. The history of Girona goes back to Roman times, when it was called Gerunda. But it is in medieval times that the city became a major centre, situated - as it is today - on the main road linking Barcelona to France. That position also gave the city a few headaches in its history, as it often became the northernmost bastion against the French invading troops. Girona for almost six centuries was also home to one of the biggest and most influential medieval Jewish communities in Europe, before their expulsion in 1492. Today the city is one of the wealthiest in Spain and a thriving university city, with a young and lively population, a passion for fine food & wine and a lovingly preserved heritage. At just 39 minutes by train from Barcelona, and just about 90 minutes flight from London, why not seeing for yourself?

From an LGBT point of view Girona does not have exclusively gay venues, yet it is a very accepting and young city with some pretty smart bars and amazing restaurants. LGBT people are welcome pretty much everywhere and will not feel awkward or rejected in any public space.

What to see in Girona 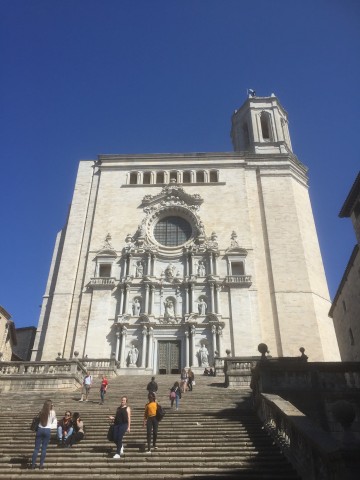 The Cathedral and its Museum

The Cathedral and its majestic baroque facade is one of the most recognisable symbols of the city, preceded by a steep and enormous stairway, adding to the imposing presence. Once you climb the 90 steps you will be rewarded by the widest Gothic-style vault in the world and many treasures. Don't miss the museum, with some amazing artefacts, dating back to ancient medieval times, and the cloister which dates back to 12th century and is the oldest part of the complex. 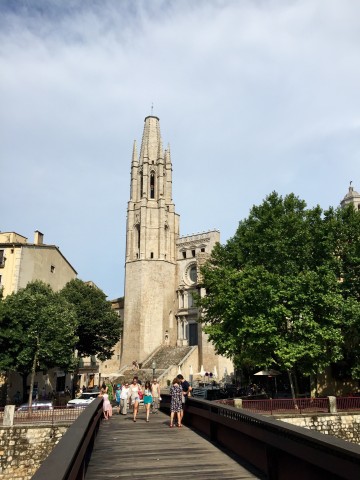 The Church of Sant Feliu

The spire of Sant Feliu, another unmissable landmark of Girona's skyline, is blunted - a lightning strike destroyed its upper part. The tower was supposed to be joined by an identical twin, which was never completed. Another imposing stairway lead to a precious Gothic medieval church that dates back to the 14th century. From across the river the view is magnificent, especially at sunset with the sun beaming on the facade. 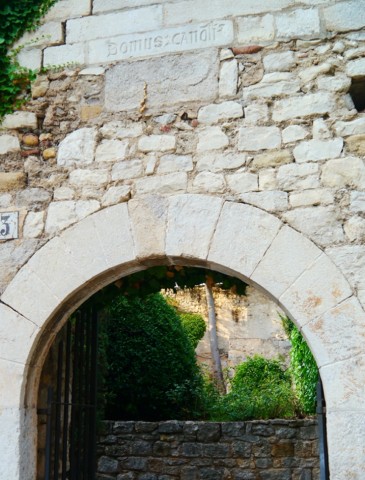 The imposing walls of the city that once protected Girona from its enemies, are today a stunning vantage point across its ancient centre. A walk along the top of the fortifications has now been restored: we recommend to start at the southern end, near the Jardì de la Infancy and to continue all the way to the Cathedral - the views enjoyed along the way are just breathtaking 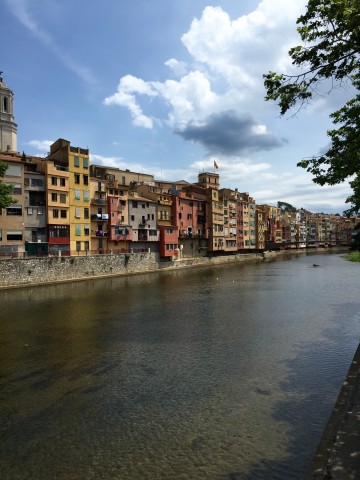 The houses over the River Onyar

They may not be as renowned as Florence's, but Girona, just like the Tuscan capital, features some picturesque houses alongside the river and they have earned the town the definition of 'Catalan Florence'. Dating back hundreds of years, they reflect their bright colours in the water and provide a beautiful and romantic landscape. Girona's medieval heart is best enjoyed on foot. It's a pretty labyrinth of cobbled streets, ancient porticos, pretty arches and steep stairways. At night it is as picturesque and romantic as during the day. It is worth taking some time to get lost in the myriads of alleyways and silent courtyards. Stop for a meal in one of the gorgeous restaurants along the way or enjoy a drink under one of the porticos of the Plaça del Vi, like you might have done centuries ago, when this was the city's old wine market.

Despite the name, this beautiful monument wasn't actually built by the Arabs; it's a Romanesque creation, dating to the 12th century, but the reason why they are called this way is because they were inspired by the spa structure popularised so much by the Muslims, who were at the time pretty much home in the south of Iberia. These are the best preserved public baths in Catalonia and were in use until the 16th century. Girona is also famous for its legends. There are so many of them, and some are very old indeed, dating back to ancient times. Our favourite is linked to a small stone lioness mounted on a slender column in the square in front of the church of San Feliu. it is said that whoever kisses the ass of the stone lioness is sure to come back to Girona. It's worth a try... 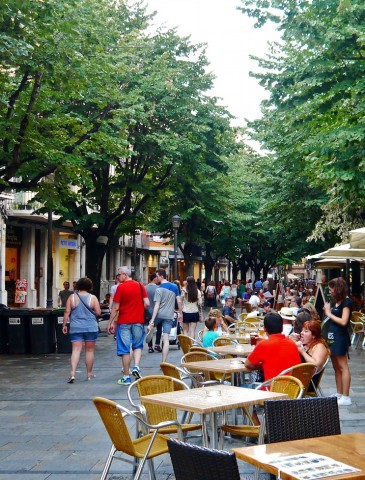 The Rambla  and its buzz

The Rambla de la Llibertat is a magnificent pedestrianised street along the river and was originally developed in the 13th century to hold the city's market, hence the low-ceilinged arcades and arches. Today it is one of Girona's main commercial thoroughfares and a favourite spot for the locals to meet and chat. 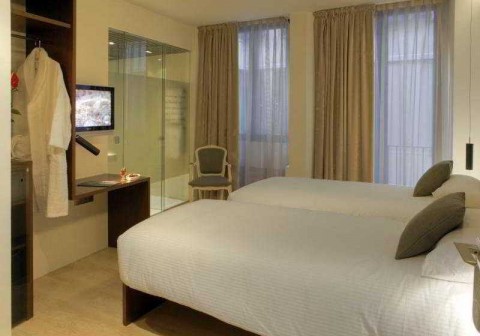 The Llegendes de Girona hotel is a stunning fusion of old and new. Located in a medieval building literally five minutes walk from the iconic Cathedral and the Church of Sant Feliu, its 11 rooms have been renovated in a modern and contemporary style perfectly complementing the historical surroundings. If you want a 4-star boutique hotel experience that really matches Girona - a fascinating old city with a modern and vital pulse - this is the place to be.

E: This email address is being protected from spambots. You need JavaScript enabled to view it.