Giorgio Petti
Blog
1064 Hits
It is often said that there is more than one side to a single history. What one person may describe in a particular way, could be defined quite differently by another. And it isn't a case of one of the two versions negating or contradicting each other, but rather two perfectly valid cases.
As every city, Berlin has its own history, made by the million of people who lived (and live) there. So when we look at a picture of this city during the times of the Wall (1963-1989) many will underline the sobriety and the sense of impending doom of living in a divided city where the Cold War and its effects were visible and tangible through daily reminders, such as the streets abruptly cut by a fortified border and the ghostly dimly-lit U-Bahn stations that western residents would see from the window of their non-stopping services running under parts of the East, duly staffed by armed soldiers to avoid any defectors trying to escape by jumping on a passing train.​ 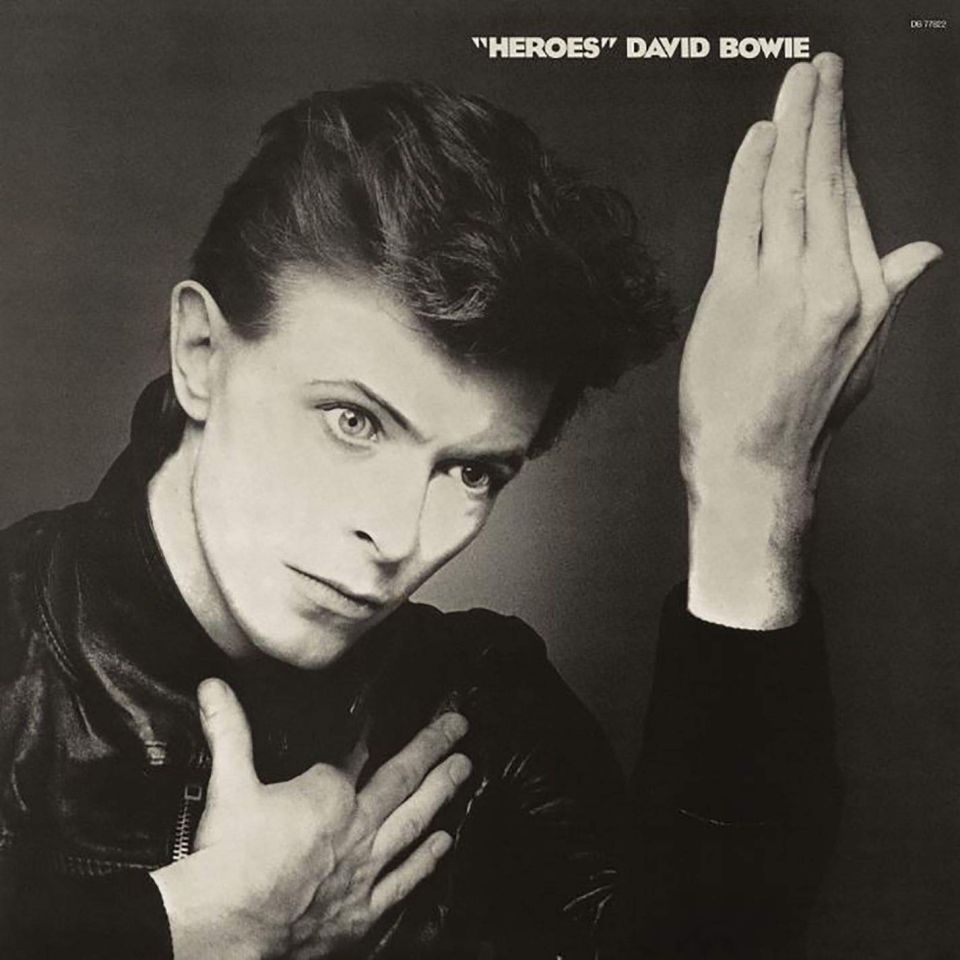 And yet, many others would look at Berlin in those years as a world of its own, a magnet for alternative cultures and sub-cultures, proud diversity and revolutionary ideas. Living in the city was easy at the time, because many properties were empty so squatting was not a problem. Many young people who refused the establishment came here, also because residents of Berlin could avoid the mandatory military service in West Germany.

Many artists established themselves in the city during those incredible times, attracted by this unique environment. David Bowie moved from the trappings of pop celebrity in Los Angeles to the relative anonymity and detachment of West Berlin at the end of 1976, in his words, 'a city that's so easy to get lost in – and find oneself, too'. Bowie was a great admirer of the artists and writers of the Weimar era, such as Bertold Brecht and Christopher Isherwood, so it is not surprising that he choose the city as the set for his 'reinvention'. Planning his move to Berlin after years of drug addition in the US, in the end his relationship with the German city during his residency here (1976-1979) became something legendary. In fact, his three studio albums Low (1977), Heroes (1977) and Lodger (1979), are usually referred to as The Berlin Trilogy and not only because they were written during Bowie's residence in the city, but because they are inspired and infused with the spirit of Berlin in the late 1970s.

Though forty years have passed since Bowie's passing through Berlin and yet David Bowie's mark on the city remains as vivid as ever. 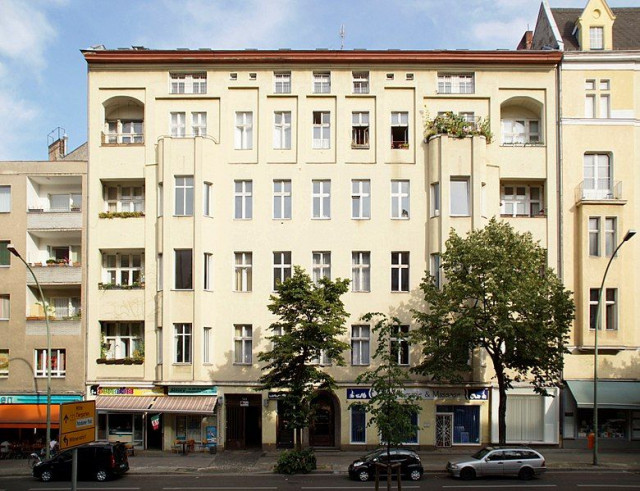 This very unassuming building on a busy road was Bowie's residence in Berlin for three years. For a time he shared the large and bare apartment with his good friend Iggy Pop (one would say - not the perfect flatmate to get away from drugs…). Being quite a way away from the main visitors' hangouts, this area could provide Bowie with the privacy and anonimity he came to Berlin for. Apart from the plaque remarking Bowie's residence here and the occasional floral homage to the artist, one could walk past and entirely miss the spot. 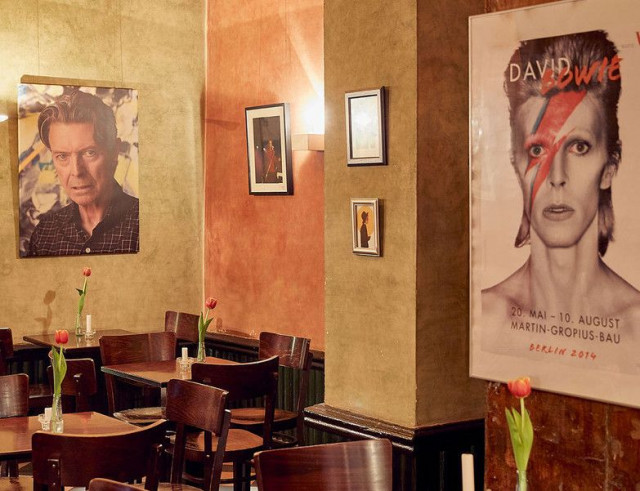 A few doors down from Bowie's apartment is this cosy café and exhibition space, which at the time was called 'Anderes Ufer'. This iconic queer hangout opened about the time of the artist's arrival in Berlin and one of his regular haunts as he loved the relaxed atmosphere. It was one of the first LGBT+ spaces in Europe to have open windows and it hosted exhibitions from famous artists, such as Tom of Finland. As a shrine to the British singer, there's a lot of Bowie memorabilia around the café and of course plenty of graffiti left by visiting fans. 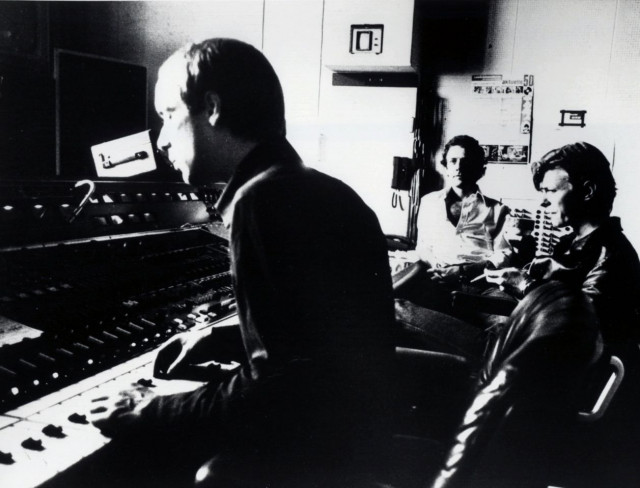 The Meistershall had been a hub for Berlin's cultural life since the 1920s. The Nazi used it for concerts and after the war it staged revues and balls. In 1961 it was converted into a music studio, first for the Ariola music label and then in 1967 it became known as Hansa Tonstudio. A few of Bowie's songs in the Berlin Trilogy were recorded here, including Heroes, in a studio from where he could see the Wall and the DDR guards patrolling the no man's land just across. The list of artists who recorded here is incredibly long, from Bowie's friend Iggy Pop, who recorded here Lust for Life to Brian Eno, Nick Cave & the Bad Seeds, Nina Hagen, Depeche Mode, U2, R.E.M. and many more. The 'Jungle' was a very well known club in Berlin that was in operation between 1978 and 1993, though it operated in different locations before that. Considered Berlin's answer to NYC's 'Studio 54', in its Schöneberg location it was one of Bowie's (and Iggy Pop's) favourite hangouts. A fair testimony of Bowie's relative anonymity in Berlin, is that one night he sang a Sinatra song on stage but was booed by the public who had no idea of who he was. Dschungel could not survive the change of musical taste towards techno and closed for good in the early 1990s. Today the Ellington Hotel occupy this space, but during its heydays the club also saw other famous international artists such as Frank Zappa, Mick Jagger, Prince, Grace Jones, Depeche Mode, Boy George and Barbra Streisand. 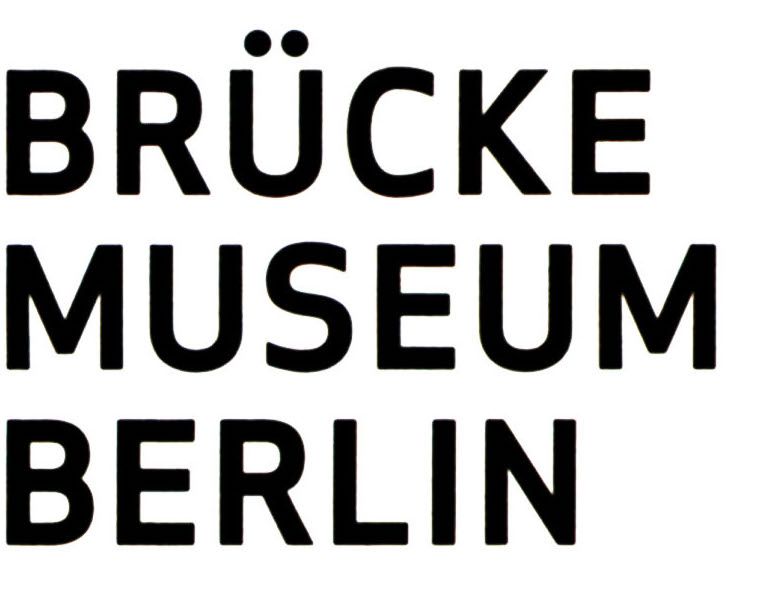 One of the reasons Bowie moved to Berlin is his deep appreciation for the Brücke movement, a group of Dresden artists founded in 1905. Bowie would visit the museum quite regularly with his assistant Coco Schwab and take inspiration from the sculptures and paintings in the gallery and gardens. In fact Bowie was profoundly influenced by these artists since before his time in Berlin, so much that during his time in the city he worked with his friend Brian Eno on what he called 'expressionist mood pieces'. A visit to this little known museum really unlocks Bowie's captivation for these artists and ultimately the city of Berlin. 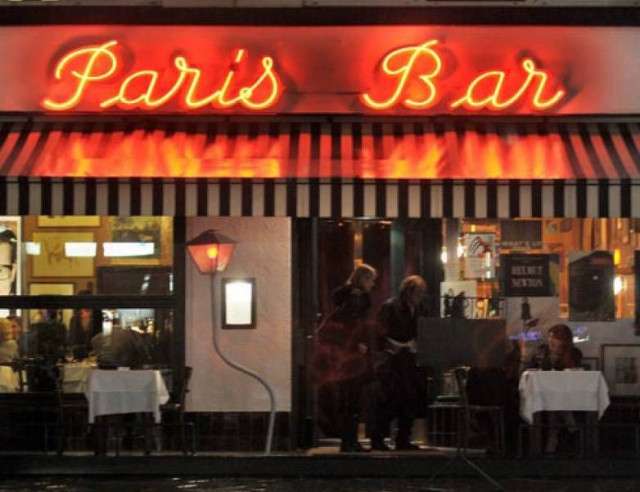 This upmarket and ritzy French café, famous for its bright red neon sign above its front door, is still in operation today and according to Bowie it served the best steak frites in town. After all he wasn't so broke. Apart from Bowie and his mate Iggy Pop, this brasserie has seen innumerable artists since its opening in 1962, from Yoko Ono to Madonna. The Paris Bar was also the set of a famous 1979 Rolling Stone interview to Bowie and Iggy Pop in which the latter turned up so drunk that he was reportedly rolling in the snow and ice outside the venue. The reporter, Chris Hodenfield wrote that he sat in a "subdued green room holding a few green souls like they had all stepped right out of Van Gogh's The Absinthe Drinker." 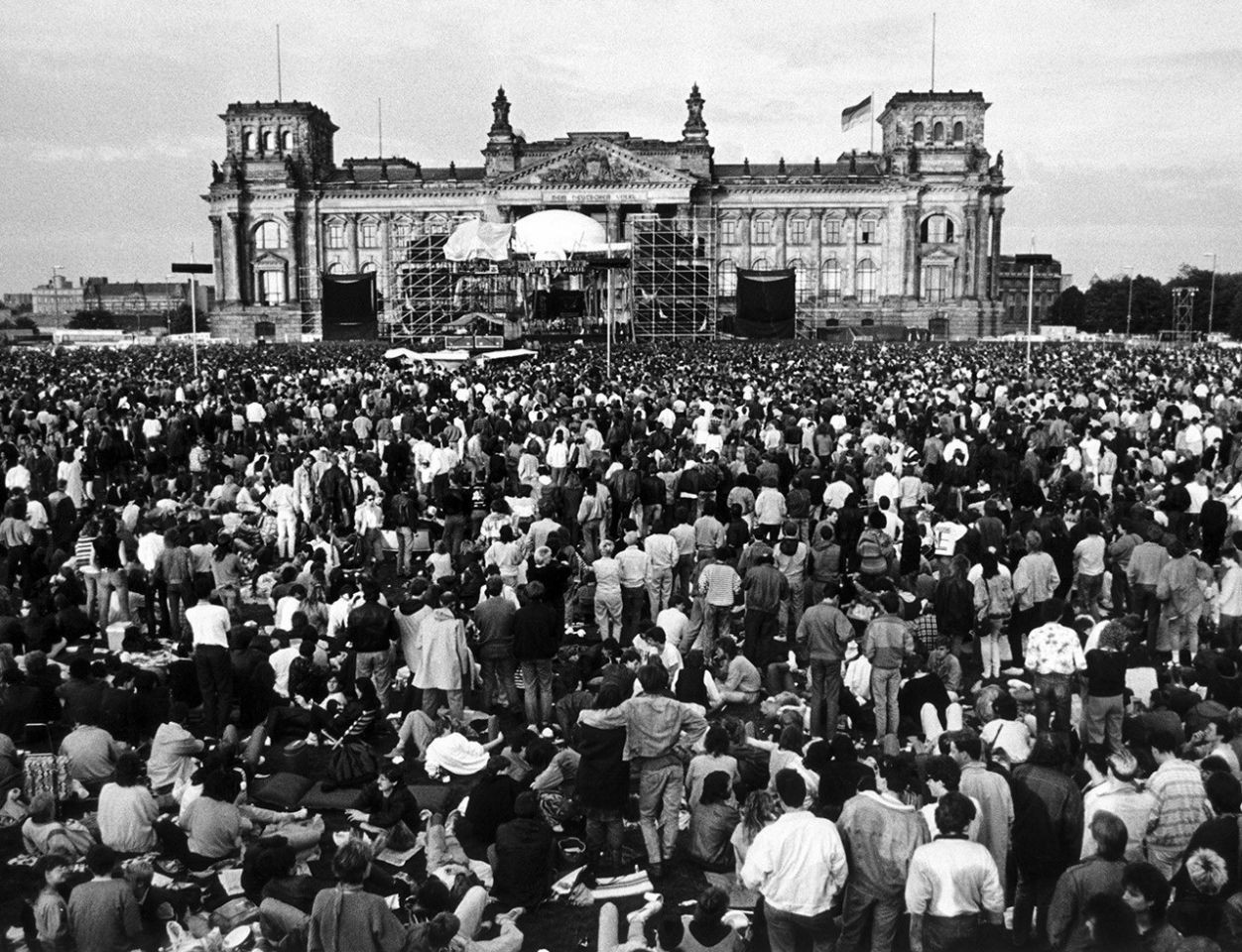 One of Bowie's most known songs, Heroes and part of the Berlin Trilogy, released in 1977 tells the story of two lovers, one from the East and one from the West who try to meet at the Wall. It was unfortunately a hopeless wish many attempted to achieve: in the same year 1977 two people, aged 18 and 22, were shot by the DDR guards, trying to cross the border. Ten years later, in 1987 and in a still divided city, Bowie performed the same song at a historical concert in front of the Reichstag: unusually the concert was broadcast live on the West Berlin Radio, so that people in the East could listen, though this was officially forbidden. Also the concert location, so close to the Wall itself, allowed for the music to travel across the border unimpeded and many East Berliners crowded along the Wall to listen to the forbidden music wafting across. For this reason it is said that this historial concert was one of the factors that helped bringing down the wall two years later.

It is undeniable that today's Berlin is a very different place from the one Bowie lived in back in the late 1970s. The singer was very aware of that but his three years experience in the city marked him profoundly and he always kept Berlin alive is his heart. In his 2013 song "Where Are We Now?", released on his 66th birthday, Bowie nostalgically remembers his days in Berlin and quite melancholically stresses the changes intervened since the fall of the Wall. The video of the song, which shows images of the exterior of the flat he lived in on the Hauptstraße, the Wall itself, Potsdamer Platz and other locations around the city, concludes with sights of the Siegessäule and the Victory Angel.