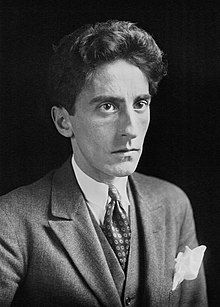 For many years and still today, France's Côte d'Azur has been a playground and inspiration for many artists, who came here lured not just by its mild climate and beautiful landscapes, but also for a tolerant and free environment. Modigliani, Matisse, Picasso, Chagall, Renoir all lived here for a reason as well as philosophers and writers, often escaping much more conservative regimes reducing their artistic freedom.

Jean Cocteau (1889-1963) defined himself as a poet, but was much more than that. He was also a playwright, novelist, designer, filmmaker, visual artist and art critic. Living in an age in which homosexual people were routinely oppressed and depreciated, he never hid his sexuality and was partnered to a number of famous artists, including the actor Jean Marais. In fact he regularly challenged the status quo, in his writings but especially in his drawings and paintings.

In an age of repression and even persecution of LGBT culture, Cocteau frequently included in his works homosexual undertones, homoerotic imagery and symbols and in 1947 a clandestine edition of Querelle de Brest by Jean Genet, featuring 29 very explicit drawings by Cocteau was released. His paintings and drawings are still today incredibly seductive and modern, breaking the mould of established art.

"As far back as I can remember, and even at an age when the mind does not yet influence the senses, I find traces of my love of boys. I have always loved the strong sex that I find legitimate to call the fair sex. My misfortunes came from a society that condemns the rare as a crime and forces us to reform our inclinations."

Life on the Côte d'Azur

From 1950 onwards, the artist spent long periods at the Villa Santo Sospir in Saint-Jean-Cap-Ferrat, just outside Nice, guest of his friend Francine Weisweiller, who also welcomed other very famous guests, such as Pablo Picasso, Pierre Cardin, Alexander Calder, Charles Aznavour, Marlene Dietrich, Romy Schneider and Alain Delon. In return for the hospitality, Cocteau decorated almost every wall of the house and curiously sometimes he didn't even bother to move the furniture, drawing over and around the objects. As the villa is a residential house it is not usually open to the public, though at times it is possible to organise small groups. 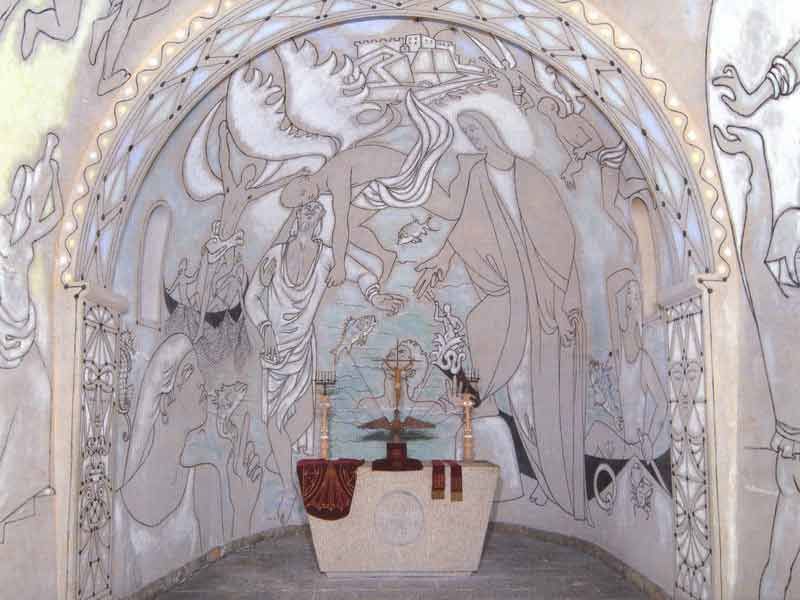 The Saint-Pierre Chapel in Villefranche-sur-Mer

Not far from Villa Santo Sospir, Cocteau dedicated himself in the restoration of a chapel. This small and old fishermen's church located near the harbour of Villefranche-sur-Mer was found dilapidated and used as storage for the nets in 1956 when Cocteau started to redecorate it. When the work was completed, the year after, the church was adorned with beautiful paintings, including a startling representation of the Apocalypse on the inside of the door and many popular religious and non-religious images, including many scenes from the life of Saint Peter, patron of fishermen. Cocteau also intervened on the façade of the chapel.

The Côte (d'Azur) is the greenhouse where the roots grow. - Paris is the shop where the flowers are sold.

The resort of Menton, on the Côte d'Azur is the very last French outpost before the border with Italy. This is the part of the Riviera where the two countries meet, blending quite harmoniously, even if historically it didn't quite always go that way. Famous for its omnipresent citrus trees, its mild climate and surmounted by the mountain buttresses of the Maritime Alps, plunging into the Mediterranean, the coast here is particularly beautiful and attracted many illustrious visitors, among them the artist Jean Cocteau. who developed a special attachment with this town. 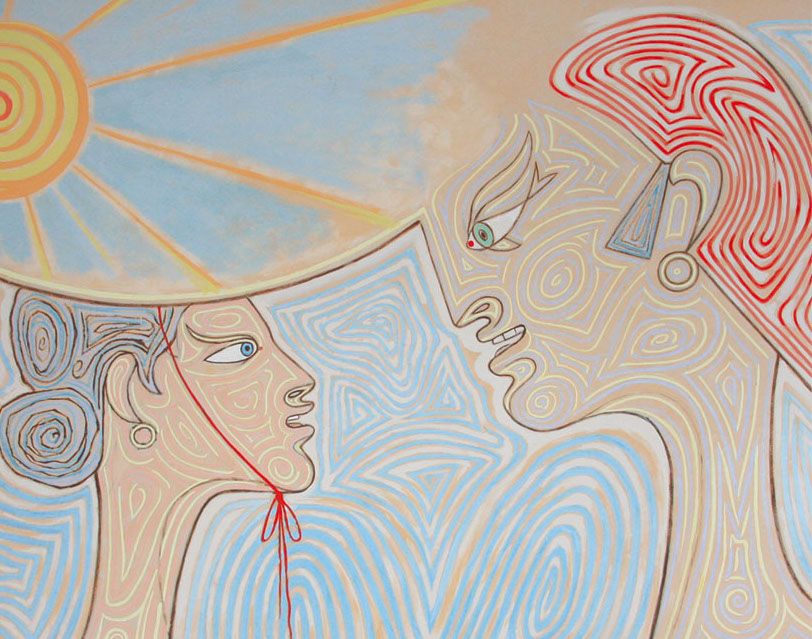 In his much loved Menton, Cocteau became friend with the then mayor Francis Palmero, who persuaded him to decorate the Marriage Hall of the town. Recently restored, the beautiful fresco depicts a bride and a groom staged as in a theater, framed by red hangings. The young woman is wearing a Mentonnaise hat and the earring of the Mediterranean fishermen. A blazing Mediterranean sun illuminates the couple, representing the liberation of the body, sensuality and fertility. 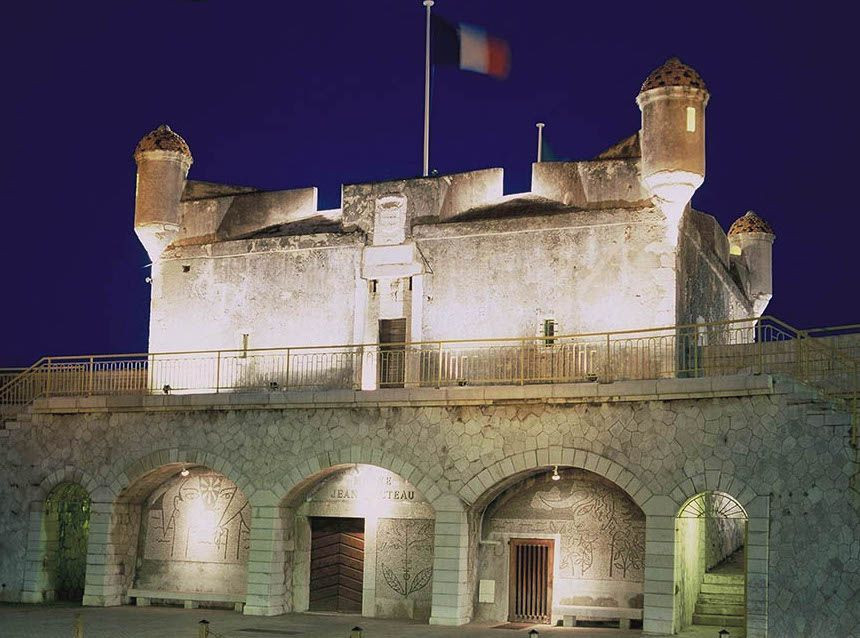 In 1957, while working on the decorations of the marriage hall in Menton, Jean Cocteau noticed an abandoned 17th century fort, near the town's port. Mayor Palmero, offered him to make it a museum of his works, which Cocteau reluctantly accepted but then in fact carefully monitored every detail of the construction, from the decoration of the embrasures on the first floor to that of the frontispiece, passing through the ground of the ground floor representing a lizard, all three made in pebbles' mosaics. Opening in 1966, Cocteau did not see his museum completed, however the initial collection included 102 works, supplemented over time by other donations and acquisitions. 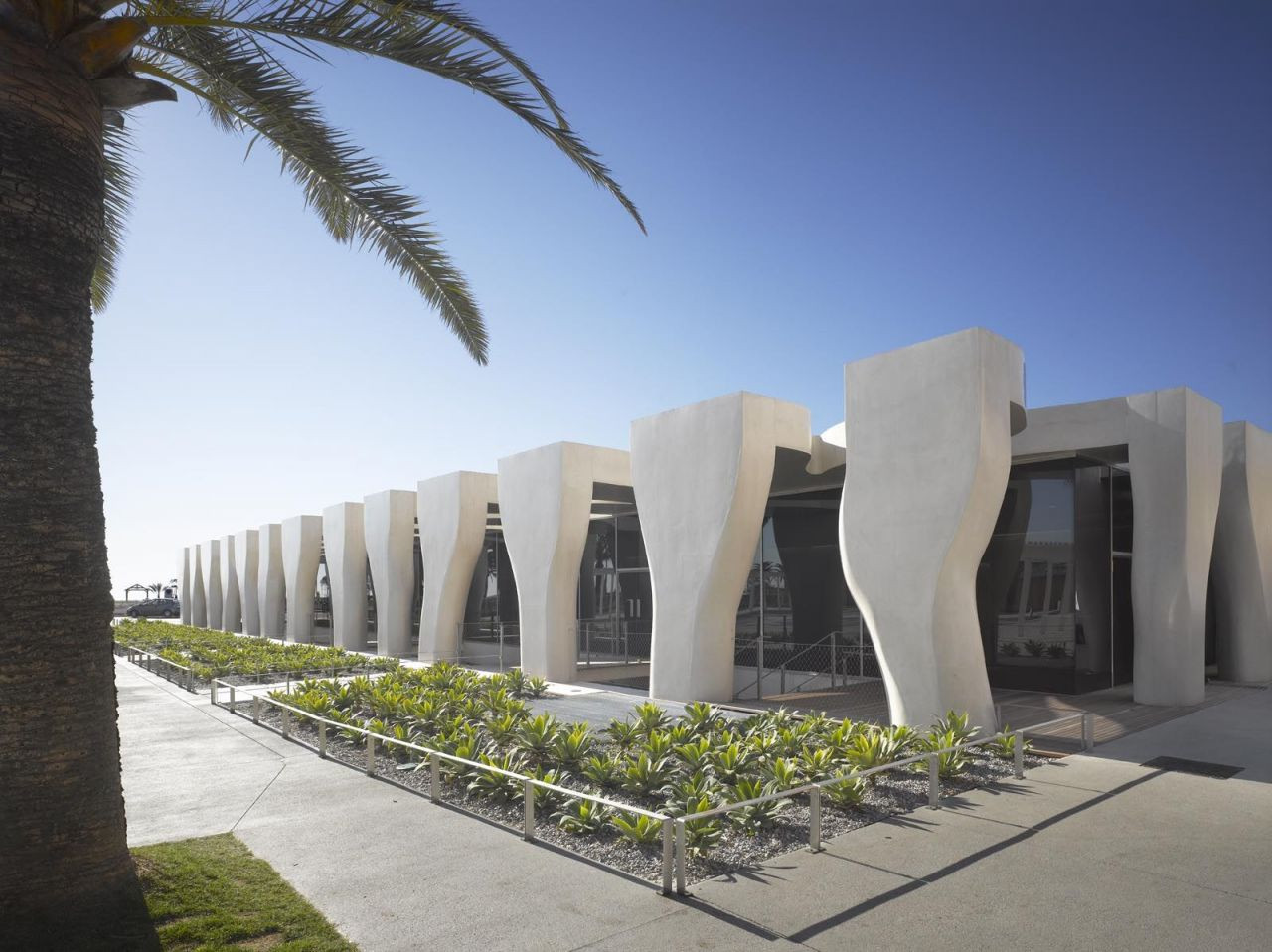 Not far from the Bastion, along the seafront, the Jean Cocteau / Séverin Wunderman collection museum opened in November 2011. It incorporates 1000 works, many belonging to the American collector and Cocteau enthusiast Séverin Wunderman and it is divided into 7 parts. This museum operated in conjunction with the Bastion, until the autumn of 2018 when a violent storm damaged the building and some of the exhibits that were housed in the basement. At the time of writing, two years later, the museum is still closed and being repaired, with some pieces transferred to the nearby Bastion museum.

Nice, the capital of the Provence-Alpes-Côte d'Azur's region has a very well connected international airport with flights to most European cities and beyond. From Nice it's quite easy to travel around, both by car or public transport, with a dense network of buses and trains. Menton is reachable by train from Nice in about 30 minutes. Otherwise take bus line no. 100 from Nice-Port for a scenic road journey that will take you through Monte Carlo to Menton in about one hour. 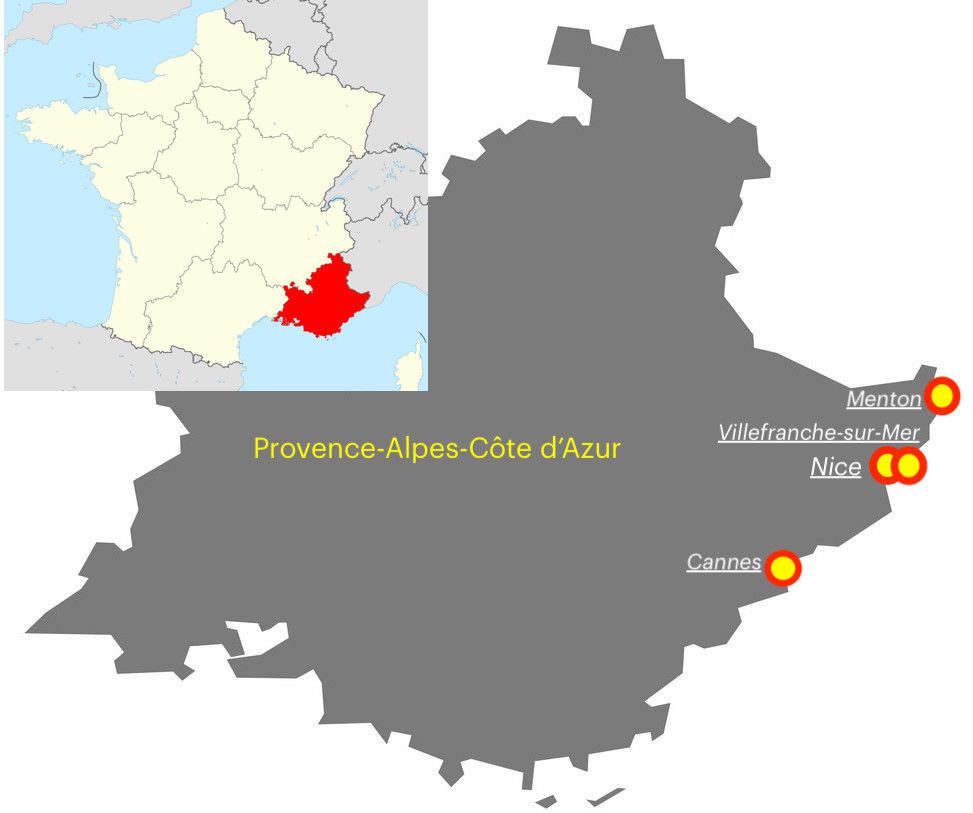