There is something special about markets: no visit is like the previous one. And this is even more so when it comes to the colourful and varied Columbia Road Flower Market, in London's East End. On any Sunday, come rain or shine this beautiful street market is a riot of colours and gorgeous scents, able to brighten even the dullest London winter day. And let's not forget - this is the heart of the East End, so the traders (some of whom have been here for decades) really come up with the best and funniest market shouts you can possibly imagine!

Columbia Road Market began in 1869 as a covered food market with 400 stalls, created by lesbian philanthropist (see our Brighton blog here ) Angela Burdetts-Coutts in an attempt to clean-up the area, which was previously a well known slum. The market did not take off as expected and closed down in 1886. There is hardly anything left of the original buildings that housed the market.

In the 20th century the space was resurrected as a flower & plants street market and started trading on Saturdays. However it was moved to Sunday by Act of Parliament to accommodate the fact that the area had become very popular with Jewish traders. Again, the market suffered a decline in the 1940s and 1950s because of rules prioritising food production.

After the war the market never quite recovered. In fact in the 1970s the whole area was mooted for demolition. Thanks to the efforts of the locals, the market was preserved and saved for the enjoyment of Londoners and tourists alike. One word of warning: do come early. Although the market is open until the early hours of the afternoon, it always gets very busy from mid-morning, especially when the weather is good There are some lovely shops flanking the street as well, together with some pretty cafes and small restaurants to enjoy.. The good news is that there are some great places to have breakfast around, such as the Cakehole, which consists in a tiny vintage shop which has a cosy tea room at the back, serving some delicious cakes.

And some pub curiosities, for a merry drink along the way... 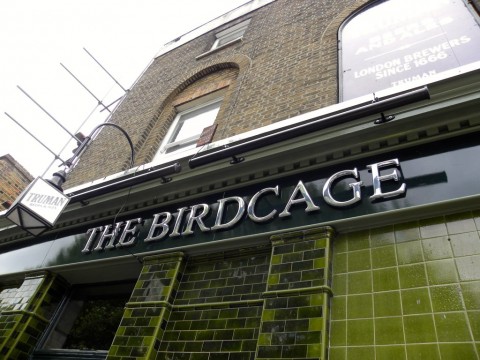 The Birdcage Pub is an old Victorian pub, recently restored and a popular stop on Columbia Road. The name is a reference to the Huguenots who, after their persecution in France, immigrated to this area from the late 17th century. The Huguenots are responsible for bringing an interest for cut flowers in the East End and were also fascinated by caged singing birds, hence the pub's name 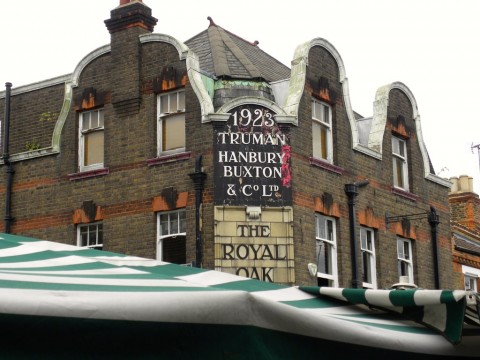 Another pub along the road is the Royal Oak. During the War and even while the Nazi bombs were falling on London (one directly hit the road on 7 September 1940), Lil & Maisie - a transvestite couple, performed on the stage of said pub. An example of true Cockney tolerance because nothing similar would have been allowed anywhere in those years. We're told that Lil & Maisie kept going until the 1960s and even a theatre play was inspired by this pioneering duo. The Royal Oak saw a resurgence some years ago because due to its market location, it had a special licence allowing it to stay open from 7am on Sunday. The then gay landlord could therefore cater for those who didn't feel like going home after a night of partying.