​Manchester is a city of firsts: it saw the first canal of the industrial era, the Bridgewater Canal in 1761, the first public omnibus service in 1824, the first steam passenger railway in 1830, the first telephone exchange in the UK in 1879 - and we can go on. Manchester in the 18th and 19th century was the industrial powerhouse of the British Empire. Raw goods would arrive into the city from the sea through its canals and the River Irwell and be morphed into all sort of quality goods ready to be exported worldwide. Manchester acquired a fame especially for its textile product, so much that in certain countries like Australia, bed linen is currently referred to as 'Manchester'.

Towards the middle of the 20th century the city's fortunes started to change. While other areas of the UK managed to convert their industries to more modern productions, Manchester saw a progressive decline and many of its iconic factories closed down. It would be a sad story if this didn't mean a fertile ground for amazing music and a thriving and formidable rave and clubbing scene in the 80s and 90s - think of the revolutionary club Hacienda, groups like Happy Mondays, the Smiths, Oasis and New Order. In the idle and empty warehouses of Manchester people came together, danced, took Es and had a great time.

More recently Manchester has had a brilliant renaissance, both cultural and architectural. Many landmarks of its grand past have been restored, or given a new function. New towers have changed the skyline and a new and ever expanding network of modern trams now connects the various parts of town. The old and empty warehouses have been progressively converted into trendy apartments and offices. The city seems to go from strength to strength in its rediscovered confidence. Once again Manchester is powering ahead.

But above all Manchester is a city of extraordinarily proud people. Mancunians are incredibly friendly, open, down to earth and love having a good time. They are also keen beer drinkers! So come to the uncrowned capital of the North and enjoy its rich history, its rugged charm, its great scene and the conviviality of its people.

By the way: we refer to 'Manchester' to define the whole metropolitan area, however strictly speaking only the area to the east of the River Irwell is the city of Manchester proper. The area to the west of the river is actually the city of Salford. No doubt Mancunians will point this out to you! 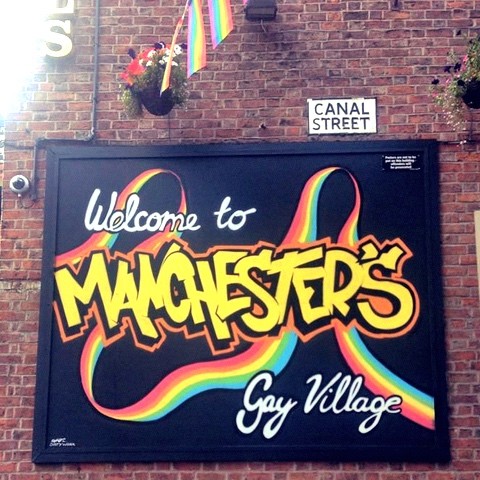 Canal Street and the Gay Village

Manchester has a rich gay scene, second only to London. Most of it is clustered around Canal Street and it's referred to as 'the gay village'. Until the late 1980s the area was characterised by decrepit old buildings and a rather seedy atmosphere. Gay cruising was going on along the canals but the police operated a no-tolerance policy and arrests were regularly made. Things changed in the 1990s when the bar Manto opened - the first one with open windows over the street: the bar closed a few years ago and its site is now occupied by another gay venue (On Bar), but its impact on the area was huge. The city council policy also radically changed, not only by actively protecting and promoting gay rights, but actually recognising the whole Canal Street area and its value to the LGBT community. Since then the neighbourhood has seen many bars & restaurant flourish and the success has also found its way in landmark gay TV series such as 'Queer as Folk' and 'Cucumber'. Manchester Pride is a key event in the UK's LGBT calendar and is held here on the last weekend of August. Throughout the event period the entire Gay Village comes alive with music, top live performances and cultural festivals. And don't miss the super-popular parade on the Saturday afternoon which sneaks around Manchester's central area and it's a huge celebration not just for the LGBT community but for the city as a whole

Our top picks in Manchester 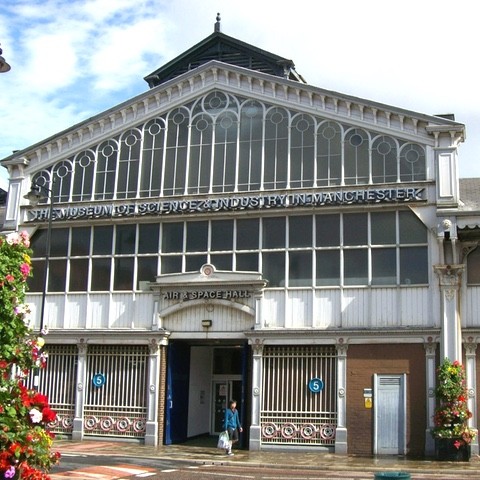 Manchester's weather can be extremely temperamental, even in summer. But thankfully there are many museums to visit and some are absolutely outstanding. Manchester's rich industrial heritage is on display at the Museum of Science & Industry (MOSI) where the city's role in the Industrial Revolution can be fully appreciated. Check also the People's History Museum, housed in a stunning refurbished Edwardian pumping station and detailing the story of Britain's 200-year often troubled march to democracy. 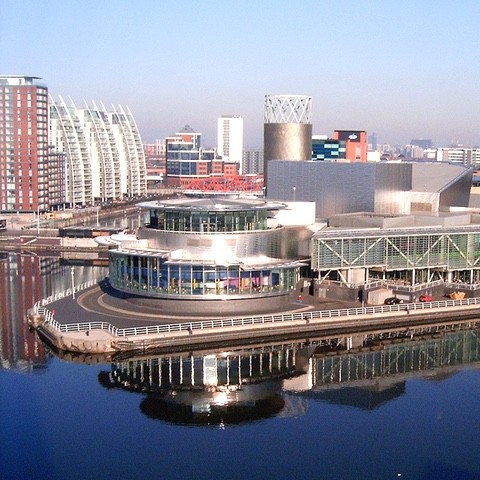 If you want to grasp a sense of the city's modern renaissance, the best way is to head to Salford Quay. Here some abandoned and derelict old docks have recently been converted into a superb leisure and residential area, which has attracted the BBC (which has moved large chunks of its operations here into a new HQ called 'Media City') and many other production companies, plus galleries, theatres & multi-performance spaces such as The Lowry and the Imperial War Museum's northern outpost. And many shops and restaurants, of course. 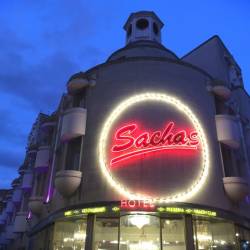 As an area the Northern Quarter exists only since the mid 90s, but this neighbourhood, which has a distinct New York feel, just north of the city centre, has for many years be a haven for music lovers, vintage hunters and (more recently) trendy bars seekers. There are some exceptional vinyl records outlets here, in fact a true mecca for DJs. There are many gorgeous little bars in this area, many playing live music. 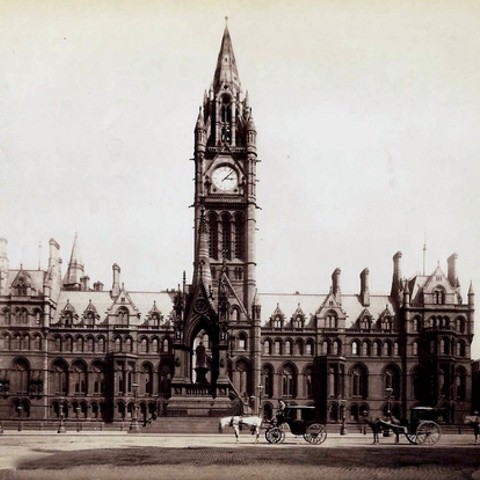 The city has its most glorious time in Victorian times and back then its skyline was punctuated by innumerable smoking chimneys and busy canals and waterways. Things might have changed, but the canals with their locks and bridges are still there, as well as many imposing building from the era, such as the magnificent Town Hall, which features an 85 metre tall ornate tower. Another step back in time is the Greater Manchester Police Museum which is housed in a restored Victorian Police Station. Also remarkable is the Rylands Library, which is a true Victorian Gothic cathedral to books and literature. 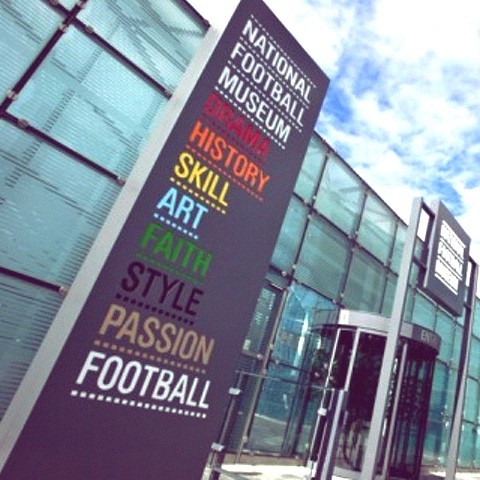 Ok, not everyone is into football (or soccer, if you like it in the American way), but Manchester is a city that loves its footie - who hasn't heard of Manchester United, or ManU? The city is also home to the National Football Museum since 2012, in its new architecturally stunning building opposite the also architecturally stunning renovated Victoria rail station. The museum's mission is collecting and preserving important memorabilia from the world of association football. 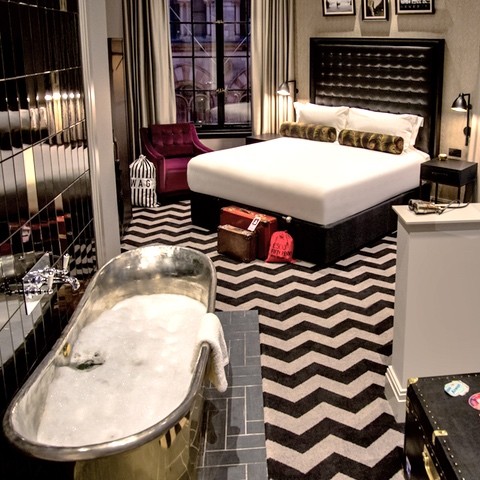 This recently opened hotel is already a city landmark. Housed in a beautifully restored 1920s building, the hotel's decor harks back to that same stylish age in every detail. The 60 rooms are decorated with classic tones and in traditional art-deco styles, with some cheeky reference to the past use of the building, which used to be a bank. Hotel guests have exclusive access to the fabulous Club Brass on the 7th floor, complete with panoramic terrace. If you prefer being at the centre of the action, right next to the gay village and yet enjoy comfort and quiet, the Doubletree is a great choice. Its rooms are stylishly appointed and come with an Apple Macs. The location is also great for people arriving to the city by train as it's literally five minutes walk from Piccadilly station.