Over the last couple of years a series of news headlines brought to the attention of the general public the increasing difficulties encountered by the LGBT community in Morocco. In 2014 Ray Cole, a British man was arrested in Marrakech together with his young Moroccan lover on suspicion of 'homosexual acts'. Cole later received a four months sentence. His case came to light because of his nationality, but it is without doubt that there are probably hundreds of similar situations that are hardly noticed because they do not involve a foreign national. In early June 2016 a gay couple was prosecuted and sentenced to six months in prison for having sex in a car, in a deserted area. 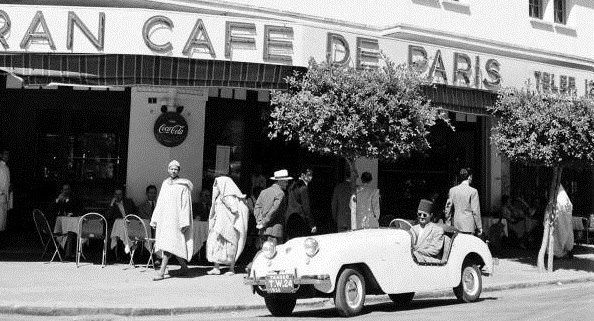 Homosexuality is prohibited by law in Morocco and behind the shiny facade of the luxury riads and resorts lies a very different reality. But it wasn't always like this. In the 1950s and 1960s the city of Tangier in particular was a magnet for gay tourists. Amongst them were some of the most famous names of American literature, such as William Burroughs, who wrote his graphic and shocking novel 'Naked Lunch' in a room of the local El Muniria Hotel. His fellow Beat writers Allen Ginsberg, his long-term partner poet Peter Orlovsky and the iconic Jack Kerouac also rented rooms in the same hotel and gathered regularly at the Gran Cafe de Paris. Another giant of American literature, gay play-writer Tennessee Williams also visited Tangier regularly since the early 1950s. Truman Capote and Gore Vidal also checked in.

What attracted all these writers to these shores was the special status of the city of Tangier. Before gaining independence in 1956 the area was an international zone administered by several European countries, without a very rigid rule of law. In the words of the English academic Andrew Hussey, Tangier was "a utopia of dangerous, unknown pleasures". For Americans it was also a very welcome breath of fresh air at a time when the country was under the oppressive cloak of Mccarthyism. But in Morocco attitudes were more relaxed and Westerners could indulge in their sexual desires without problems - as long as a certain degree of discretion was maintained. Besides, a consistent supply of young locals in need of money and a flood of local weed all conjured to the atmosphere.

For some artists the city was a beautiful set to live and work, while for others it was an exotic, hot, foreign and uncontrolled place, inspiring desire and wild passions. The two concepts mutually combined to make Tangier such a magnet for anyone with a creative or artistic inclination. 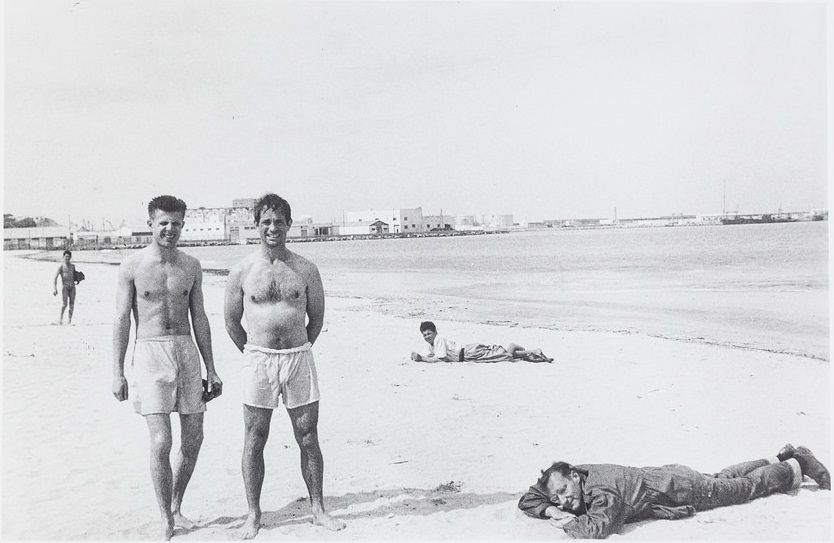 Orlovsky, Ginsberg and Burroughs on the beach in Tangier, March 1957 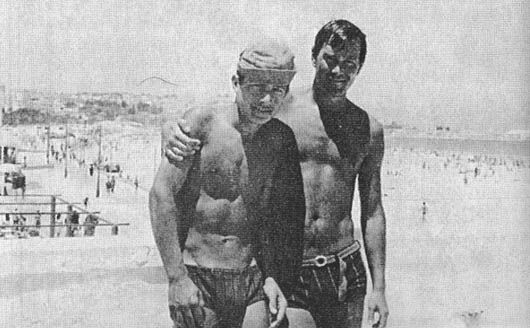 The relative freedom enjoyed by Westerners continued well into the 1960s. In his Diaries, English play-writer Joe Orton describes his trips to Tangier, complete with sexual exploits with the local boys and copious amounts of cannabis thrown in for good measure. Actor Kenneth Williams, who starred in countless 'Carry On' movies also visited the city, sometimes with Orton himself, of whom he was a close friend.

Things started to change in the 1970s - Tennessee Williams mentions a visit to Tangier in 1973 when he attempted to collect a parcel addressed to him from the local post office, just to be told that the law had changed and his ID was not valid any longer. And then he had to sit back and see his mail opened and read by the postal clerk. Williams never returned after that harrowing visit. And yet Morocco's tourism vocation exploded in the next three decades, with destinations like Marrakech becoming increasingly popular, especially in the high-end leisure travel market. Despite the prohibition of homosexual behaviours, the authorities conveniently closed an eye to the fact that a large number of those incoming tourists were indeed gay or lesbian.

Unfortunately the same benign consideration given to LGBT Westerners in exchange for their tourist money was not extended to the locals who continued to encounter immense difficulties in expressing and living their sexuality in an open way. For them even 'discretion' is a risky business. But have things changed in a more repressive way more recently? Why has the government embarked on a crusade on LGBT people, running the risk of alienating mainstream tourism? Some people believe that this is linked to the increasing presence of radical Islam: in order to somehow keep these elements at bay, the government wants to show that they are punishing unholy behaviours - and what is more unholy and easy to gain support from than bashing gay people?

It is a gamble, but so far one that has paid as the damage has been limited: a recent UK survey has revealed that cost, nightlife, beaches and language barriers were more likely to be deciding factors in choosing a holiday destination than whether LGBT people are criminalised.

A Weekend in Bologna

Art, Underground - Six of the Best