Venice, without the crowds 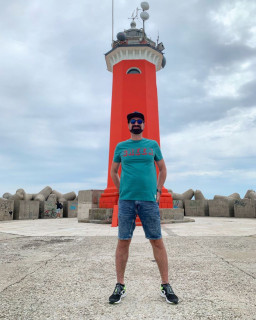 Venice can be an overwhelming destination, especially for those who choose to visit during the high season. Crowds of tourists can make the narrow alleys quite claustrophobic and the heat during the summer months can make visitors quite uncomfortable. In the recent years many have criticised the huge flow of tourists who just stay few hours in the city, often boarding or having recently disembarked from one of the large cruise ships docked in the harbour – something that for many years has been threatened of being banned.

Although the criticism of what in Italy is called turismo mordi & fuggi – literally 'tourism bite and go", can be justified, the reality is that many visitors are prevented from staying in the lagoon city because of the high price of accommodation. A modest room in a hotel can set a visitor back hundreds of Euros and when you add on top the cost of everything else, that may well exceed most people's budgets. For those who cannot pay that sort of money, the easiest solution is to stay on the near mainland, especially in Mestre, which is just a few minutes away by train or tram from Venice's Santa Lucia station. However apart from its main square and vicinities, Mestre is not really that appealing: the town grew exponentially in the 1950s and 1960s to accommodate the workers of the nearby chemical plants. So, it's not surprising that most people don't spend much time around the town.

"One of the best aspects of the Lido, is that it is perfectly linked to the airport by Alilaguna, as well as Venice itself."

A good alternative to staying in Mestre (but still saving some money) is to choose to overnight at the Lido. Il Lido di Venezia is situated on one of the long and narrow islands that separate the lagoon from the sea. Being an island and although it is one of the few in the lagoon with roads and traffic, it is reachable by ferry or boat. However, one of the best aspects of the Lido, is that it is perfectly linked to the airport by Alilaguna, as well as Venice itself. You can jump on the vaporetto and be in Piazza San Marco or the Biennale Gardens in just about 10-15 minutes. The same vaporetto can take you very quickly and easily to most location in Venice and the railway station. 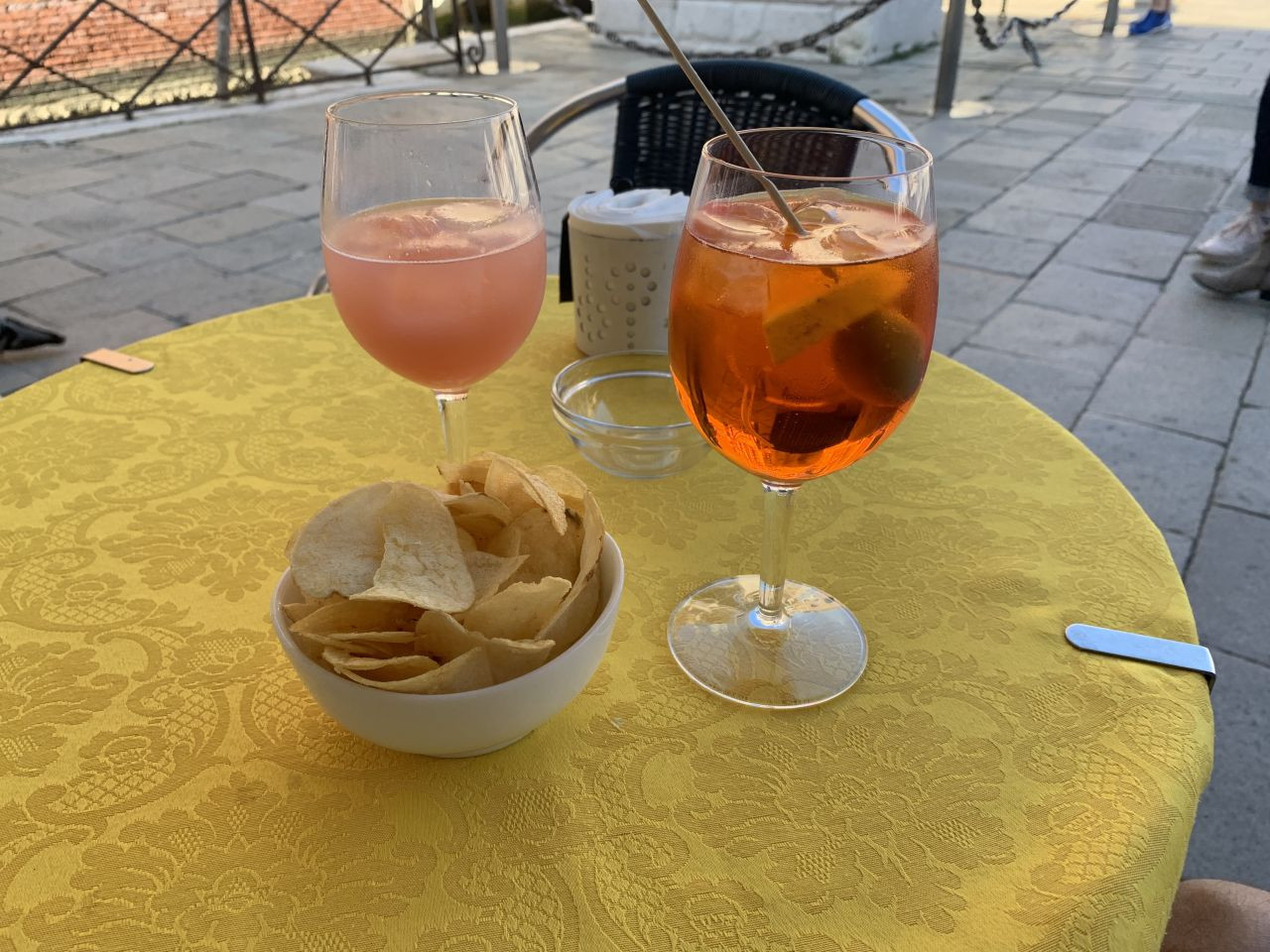 Apart from the good connectivity, another reason to stay at the Lido is its relaxed feel. Historically the Venetians had the Lido decked as a defence post for the city. It was also where some of the Crusades departed from. However, the Lido became more relevant at the end of the 19 th century and at the beginning of the 20 th when many beautiful villas and hotels were built, in the Liberty style. Still today, the Lido maintain this lovely quiet pace, with its tree-lined street. After a busy and hectic day in Venice, it is quite relaxing to join the locals and the seasonal residents for a passeggiata on the main corso and enjoy an Aperol Spritz al fresco in one of the many bars. There is a huge selection of restaurants and pizzerias too. The best thing is that prices are a lot lower than in the centre of Venice – and the menus a lot more refined and less touristy.

During our visit we stayed at the Albergo Giardinetto (www.giardinettovenice.com), which has lovely air-conditioned rooms and it's literally across the road from the ferry & vaporetto terminal. You couldn't be in a more convenient location for your displacements, especially if you have luggage.
Another great point about staying at the Lido is its large sandy beach. You can choose one of the 'serviced' beaches where you can rent a parasol, chairs and even a cabin to get changed. However if you fancy spending just a hour or so on the sand or go for a quick swim, you can visit the public beach (spiaggia libera) at the Northern end of the Lungomare.

"The Lido is the home of the famous Venice International Film Festival." 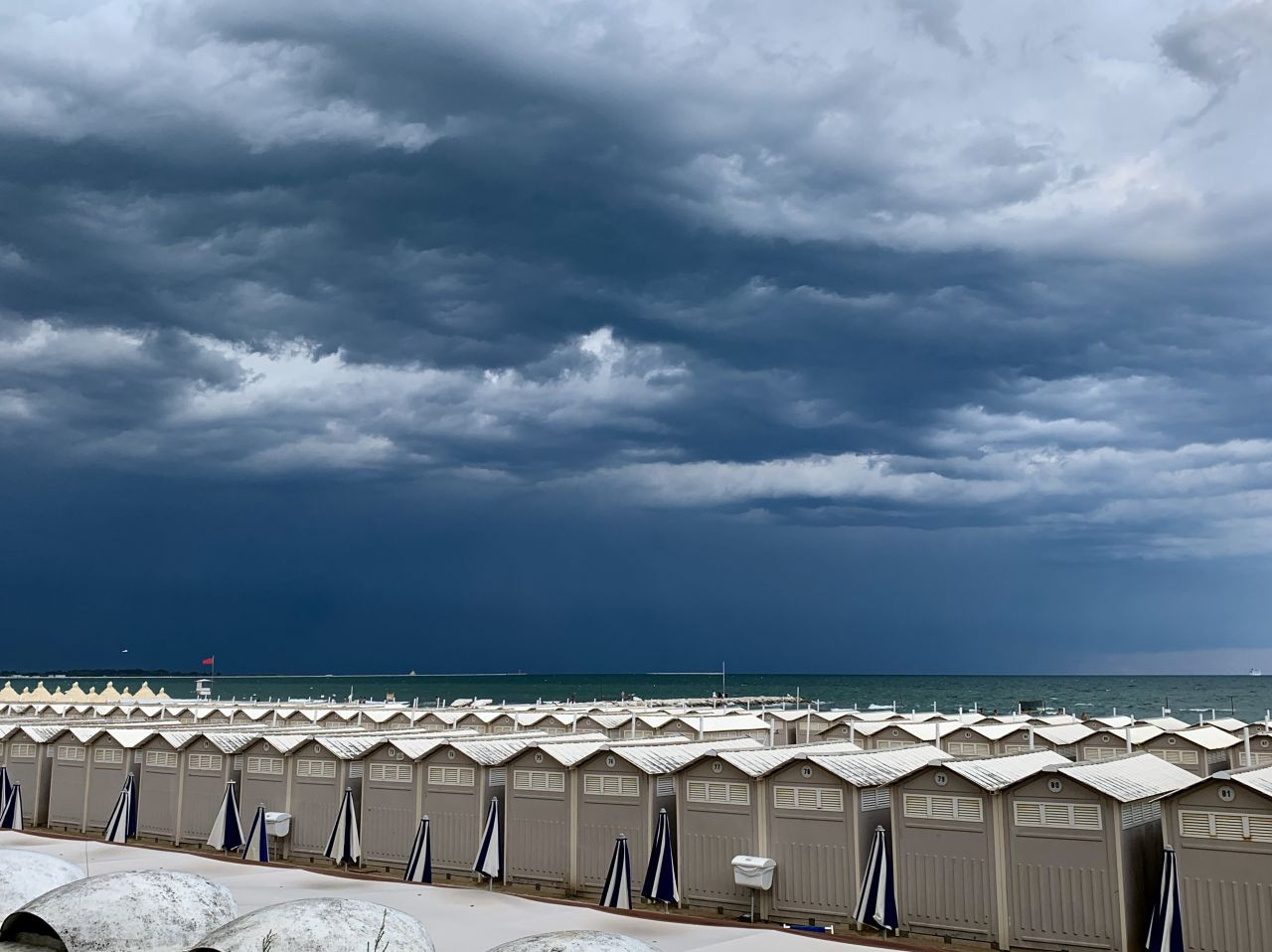 Stormy skies over the beach huts

If you fancy a long walk (or cycle) I highly recommend the route that takes you to the northern tip of the island, where a long and narrow causeway stretching well into the Adriatic Sea takes you to the San Nicolò lighthouse. From there you will see on the other side of the canal the town of Punta Sabbioni, divided by one of the main entry points into the Venetian lagoon. Here you will also see from up close the imposing works for the so called Mose. The Mose is a system of gigantic sluices whose function is to cut the flow of water entering the lagoon at determined times, thus avoiding the phenomenon of the acqua alta, (a combination of high tides and strong incoming winds), that regularly brings havoc in the Venice. The imposing engineering work has been used for the first time in October 2020 with success. After the catastrophic acqua alta of the autumn of 2019 it's hopeful that the Venice might not suffer similar episodes again.

The Lido is also very famous for being the home of the famous Venice Film Festival. I found the building that houses the kermess a bit unimpressive, but then again I am not a great fan of modernism, the style that was prevalent in the 1930s, therefore during the Fascist era in Italy. Just around the corner, the Casino Palace is another perfect example of modernism and was built at the same time as the Festival Palace.