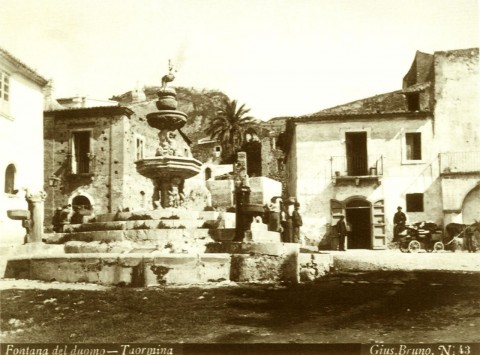 In the 19th century attitudes towards gay people were generally hostile; homosexual behaviours - especially male on male - were usually sanctioned by law in many countries. However there was a steep divide between some northern European countries where homosexuality was severely punished with years of jail and/or forced labour and other countries, typically southern European ones, where the law was more attuned to stem any potential 'public scandal' than actually attempting to repress the behaviours. In other words, as long as the practices were kept behind closed doors they were quietly ignored. Also very important in this context is the understanding of the great economical and social divide at the time between a rich and industrialised Northern and an impoverished agricultural Southern Europe.

Noblemen of many countries were fascinated by the bucolic landscapes of Italy and Greece, their ancient ruins immersed in a timeless romantic aura. And indeed, some of these picture-perfect locations had not changed in centuries. But this picturesque image also masked a subsistence society, where life was often quite hard and uncomfortable, organised in large families with a very old-fashioned hierarchy. Scores of people emigrated from Spain, Italy and Greece to the Americas in those years, looking for a better future. This relative poverty also meant that any opportunity to raise some money was pretty much grabbed as quickly as possible and this sheds some light on the reasons why many wealthy figures travelled to the South to indulge in their homosexual passions without the risks otherwise involved at home. And they could find plenty of young men for that purpose in the South.

The town of Taormina, in eastern Sicily was in the mid to late 1800s a key destination for these pioneering gay-tourists. Goethe was one of the earliest visitors and the town quickly made it onto the 'classic tour of Italy'. Indeed some people actually moved there, officially lured by the sunny climate and the abundance of classical culture, but also to enjoy themselves in a relatively less stringent environment. 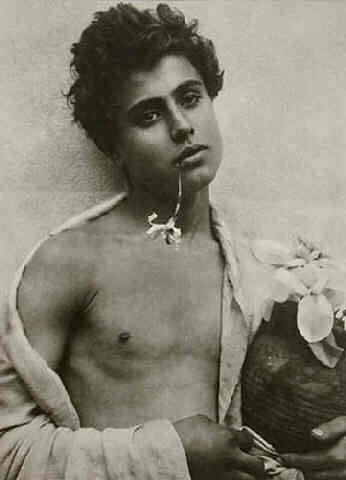 One of these foreigners was Baron Wilhelm von Gloeden, from Germany. The name might not tell you very much, but you've probably seen one of his vintage photographs. In fact his incredibly daring male nude compositions would have landed the bearers of such images straight into a jail in London, where they were traded illegally and under-the-counter in Soho. Oscar Wilde is known to have been a big fan of these photographs. Gloeden moved to Taormina in 1878 and initially lodged at Hotel Victoria (still existing and one of first hotels in town to capitalise on the flow of tourists). He met with painter Otto Geleng, who was the town's mayor at the time and through him he became acquainted to the local inhabitants. After setting up his photographic studio in Taormina Gloeden exhibited his works in many cities, including London and Berlin. Soon his work brought him visitors from all over Europe, including royalty, industrialists, writers, and even Oscar Wilde himself in December 1897. Apart from the predictable outcry from the local clergy, Gloeden's photo compositions though very risqué at the time, never actually breached the pornography barrier. In the town of Taormina people were actually quite grateful for the visitors that kept pouring in and the money that they brought over. That is because Gloeden always shared the proceeds of the sale of his pictures with the models he photographed.

Gloeden had a relationship with one of his models, Pancrazio Buciuni since the boy was aged fourteen and upon the photographer's death in 1931, his lover inherited the estate, including a collection of thousands of negatives. These negatives also landed Buciuni in court, because over a thousand of them were confiscated by the Fascist Police and destroyed. However Buciuni was acquitted of the crime of possessing pornography and it is believed that he died in 1963. Most of the surviving pictures are now in the Fratelli Alinari photographic archive in Florence.

Taormina's enviable position, perched on the side of a hill allowing stunning views over the Gulf of Naxos and the snow-capped Mount Etna is just as stunning as it was in the fourth century BC when the city was founded by the Greeks. In July and August the picturesque streets get very busy with tourists and it can get very hot, so the best months to visit are April to June and then September to October, though the mild Sicilian climate can be enticing even in the depth of the north European winter.

From a LGBT point of view, don't expect a full blown gay scene; this is the traditional and proudly Catholic Sicily after all - but Taormina is overall a very tolerant and accepting resort and it suits perfectly those who are not looking for nightlife, but rather a cosmopolitan, classy and upmarket location. There are no gay hotels but pretty much all hotels welcome LGBT travellers. There used to be a gay-friendly cafe in town until October 2015 but that has now closed down. Many gay men flock to the Rocce Bianche, which is a popular nudist beach and is located a few kilometers from the town centre.

What to see and do in Taormina 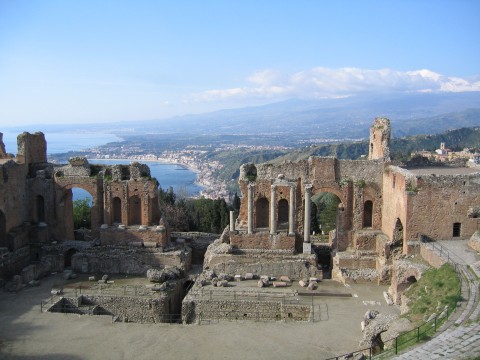 The horseshoe-shaped Greek theatre was built in the 3rd century BC. It's so dramatically situated atop the town centre that one wonders how the spectators didn't get distracted by the amazing views over the sea and Mount Etna. In fact it is possibly the most spectacularly positioned Greek theatre still in existence. And you can even catch a performance while in town: the theatre is still in use to stage international arts and festivals. 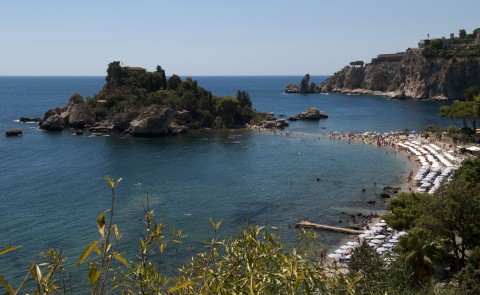 The minuscule Isola Bella (Beautiful Island) is not really an island because you can actually walk to it via a tiny isthmus. Situated just south of Lido Mazzaró, along the coast, is a lovely spot for swimming and snorkeling. But also a great place to spend a lazy afternoon. 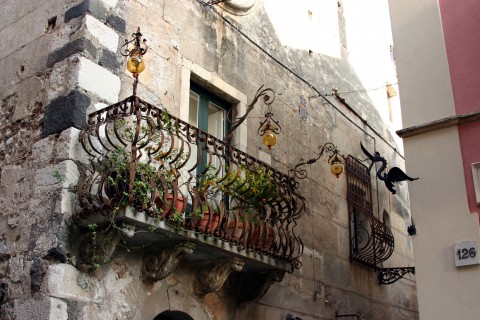 Taormina, true to its tourist vocation, pedestrianised its high street, Corso Umberto, many years ago. As in most Italian cities, the Corso is where the locals hand out in the afternoons and evenings. Here in Taormina the main thoroughfare is a long sequence of beautiful Renaissance palazzi and some gorgeous fashion boutiques. The gorgeous Clock Tower is also here, in the Piazza 9 Aprile, from where a balcony offers a stunning view over the sea and Mount Etna. 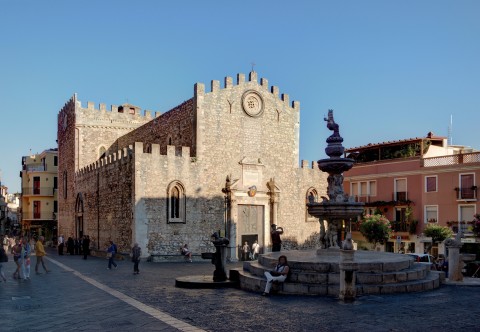 At the end of the Corso Umberto you will find the Duomo, the 13th century cathedral and around this area is also the medieval quarter, which is the oldest surviving part of town. One of the curious aspects of this church is that it is made to look like a fortress, with its high walls and castle-like features. 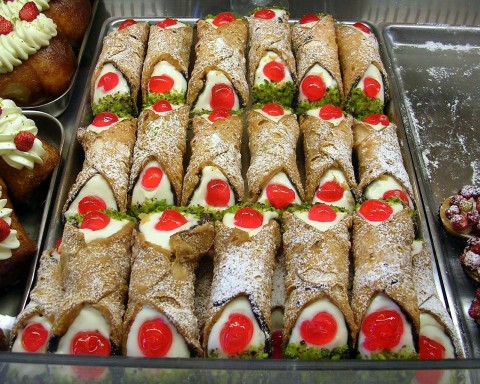 The Sicilians have an immensely rich and ancient cuisine with some very interesting influences, including many Arab ones, from the time the Moors frequented its shores. But if there is one thing the locals excel in is desserts. From Cassata (a sponge cake moistened with liqueur and layered with ricotta and candied peel and marzipan) to Cannoli (deep fried pastry dough with a ricotta filling) and Granita (slushy fruit juices), this island is a Gourmet's paradise. If you like marzipan try also the beautifully shaped fruit made entirely of the almond paste (Martorana).

Tags:
Pride Gay Pride
Girona, the Jewel of Catalunya
A Weekend in Bologna